Nick brought his beautifully painted Prussians to increase the value of my garage substantially. (doubled the value in fact!) So we also took the opportunity to play a game. A nice simple scenario, two identical forces are marching towards each other and have to capture the hills to pave the way for the main body. (the vanguard of their respective Prussian armies- yes it was Prussians vs Prussian, although Nick says the Russians are a work in progress!)
Two Hussar Regiments, 6 Infantry battalions, 1 Cuirassier each, 1 Dragoon and two guns was the total OOB for both sides. Equal forces- it always happened historically didn't it?


Click here to read this entry and see the pics;
Posted by John at April 30, 2017 4 comments:
Email ThisBlogThis!Share to TwitterShare to FacebookShare to Pinterest
Labels: Seven Years War

Spyros has one of the best terrain boards for D-Day. Built by Joe, its an amazing piece of wargames terrain and I've been hanging to give it a go!
Phil and I went to Spyros' for a game...and I forgot my camera...damn!!
So apologies to Spyros, I pinched some the pictures from his blog. Go to No Duff Gamer Blog for a full write up and lots more pics!
It was the first wave of Omaha with the German defenders giving the Americans a hard time. Full write up on Spyros' blog! 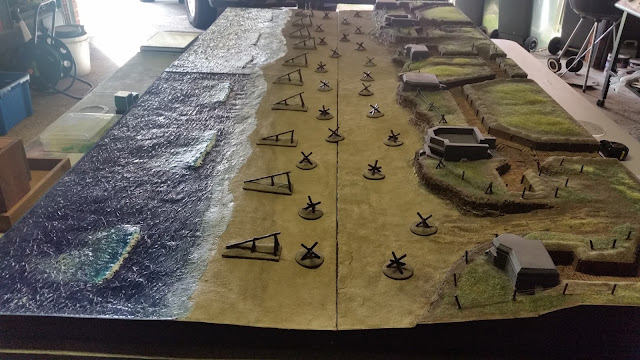 Click here to read this entry and see the pics;
Posted by John at April 20, 2017 8 comments:
Email ThisBlogThis!Share to TwitterShare to FacebookShare to Pinterest
Labels: Bolt Action, WWII

Nick recently bought Ralph's large Swiss army. This naturally meant that challenges were issued to all and sundry.  Some of the lads assembled in amongst the detritus of my garage to see the pike armed fanatics from central Europe take on the Catholic fanatics of south western Europe- my Spanish.

We played quite a large game and Nick fielded over 20 pike units. The Swiss were in their traditional 3 block formation with the Duke of Lorraine providing some much needed cavalry support. Nick and Ralph were the Swiss.

My Spanish, the army of Gonsalvo de Cordoba, went with his usual formation- fortifications in the field!! I also had a preponderance of cavalry and lots of very shooty types with arquebus, and some poor quality pikes. Phil and Ross joined me to command the Spanish. 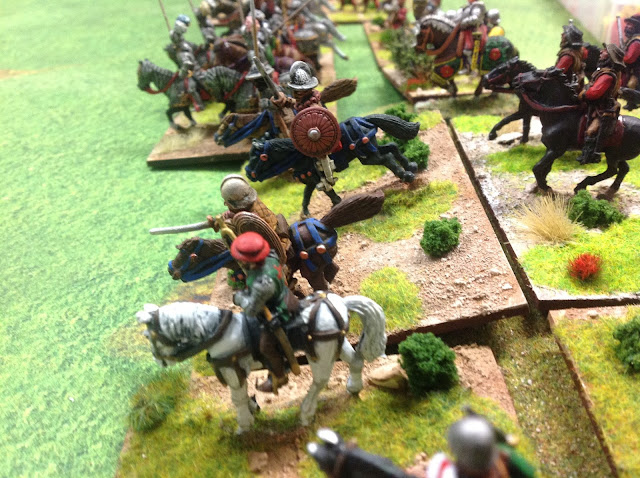