Then I raced home!

My early Carthaginians vs Ross' Romans. I always like the early Carthaginians as they don't have the same reputation as Hannibal's mob- and I am reminded of Phil Barker's comments in the old WRG DBM  army lists-  "The tactics of early Carthaginian armies were uninspired. Without Hannibal's genius to make optimum use of different capabilities of their varied mercenary troops, the heterogeneity of their forces was a liability rather than an asset. .... no doubt wargames generals, however,  will supply the necessary genius to lift this army out of its tactical rut"

So- naturally I chose to field an early Carthaginian force- extra elephants, a number of Numidians, a splash of Spanish, a grab bag of Gauls, a smattering of spearmen  (see what i did there with the alliteration?) and a handful of hoplites- Greek Mercenaries.

Paul (unimpressed with my literary skills- he thinks I can't speak English) commanded my right wing - I held the centre and the left.

Ross chose a Roman force. Of course he chose loads of f*cking legionaries, some Thracian allies, the regular useless Roman cavalry and a few other bits and pieces.

The main action took place on the flanks where Paul and I tried to overcome the assorted rubbish that Ross had assembled to protect his legionaries.

It looked like we might actually win, but Ross fought well- and when his Legions slammed into my spearmen, the game was over very quickly. I should have kept them back and out of reach of those damned legionaries!! 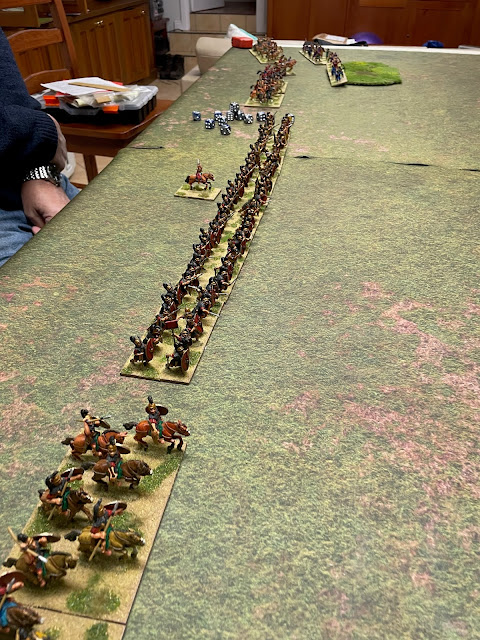 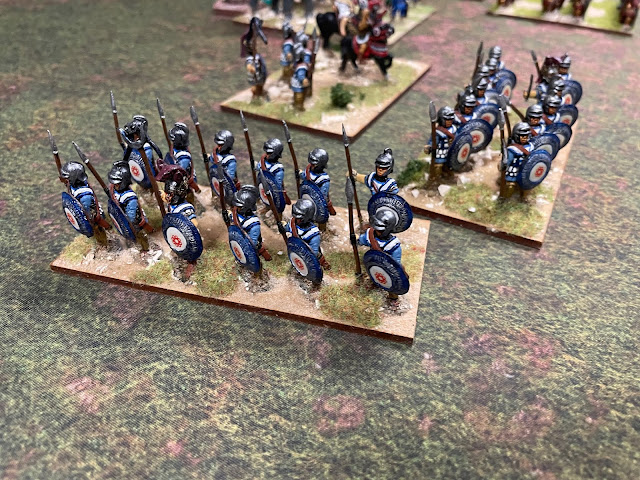 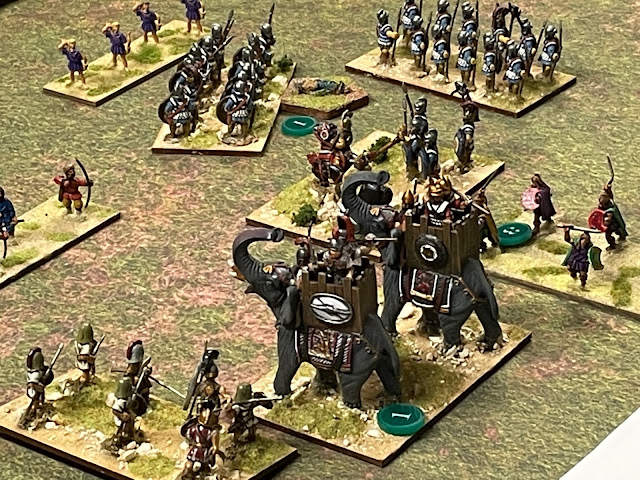 The Roman's took the day's honours.
We shook hands, threw a few punches and left before the restrictions began!!