Well I don't normally post games that are Sci-Fi, but my son and his "Band of Wargame Brothers" often play 40k. I decided to join in...but got lost is a flurry of 'Sons of Nurgle' , 'Forge World', 'Power Armour', 'Saving throws', 'Invulnerable saves' and loads of dice throwing. Using a table that had been left out and slightly modified from a previous day's Spanish Civil War game.

I hadn't played in a long time, but it was an interesting experience!!  I did get a tad confused but lots of things got killed- and we rolled a lot of dice!!

I learnt a few new tricks...I am wondering if I can include a 'Drop Ship' in my next American Civil War game?? The Texas Brigade 'dropping in' behind Union lines??

Or some 'Terminators' against the Army of Louis XIV???....I know.!!!...."Khorne Beserkers" to help out my poor performing Republican Romans!!! 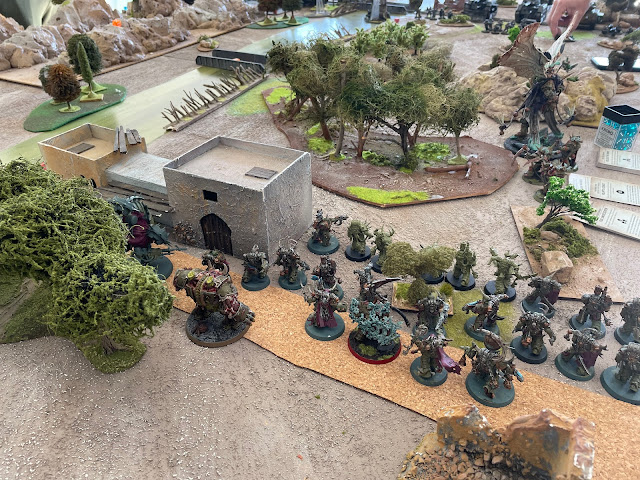 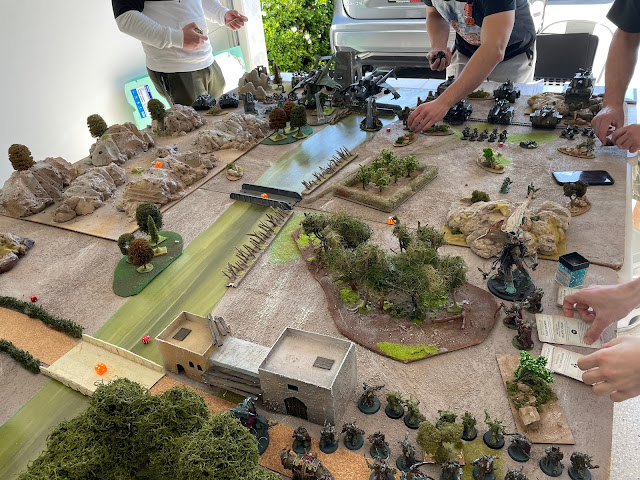 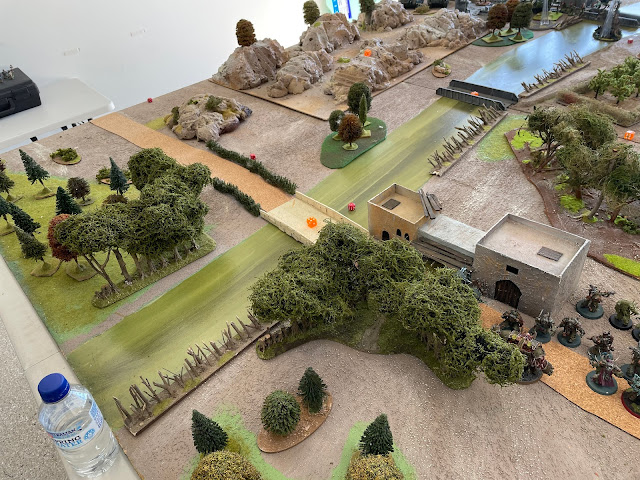 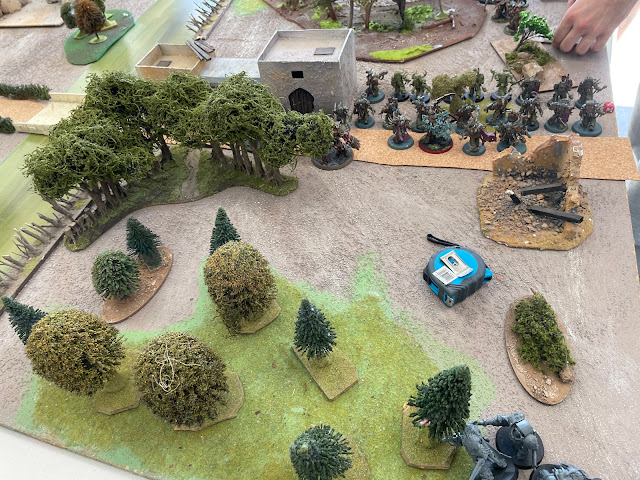 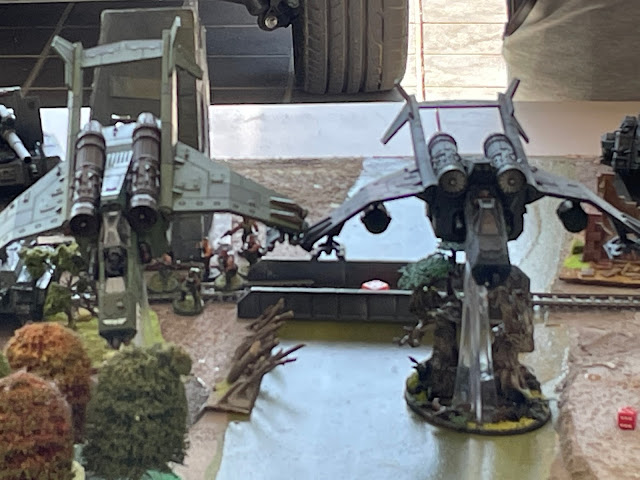 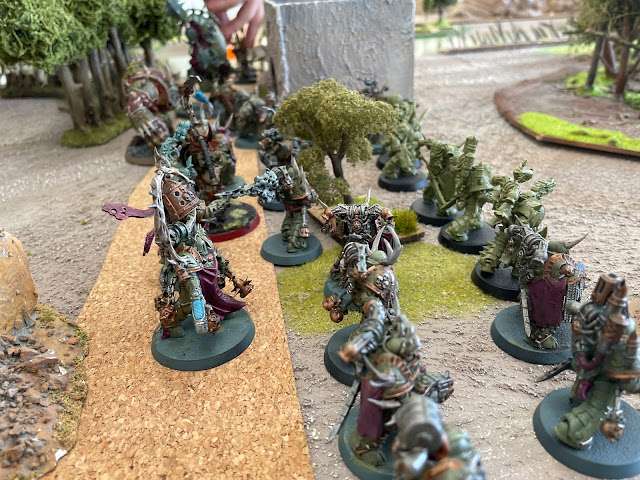 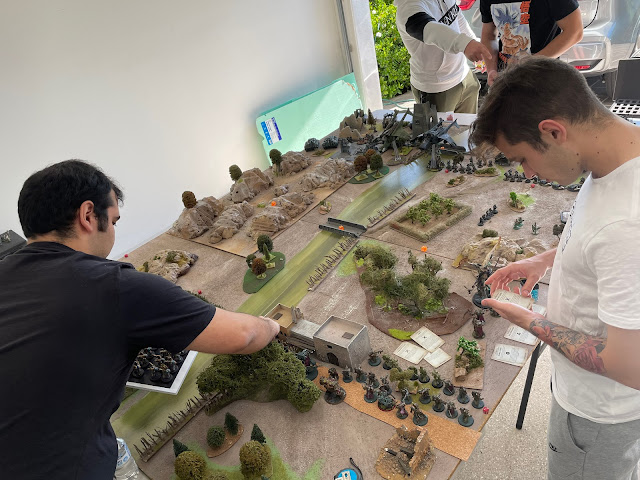 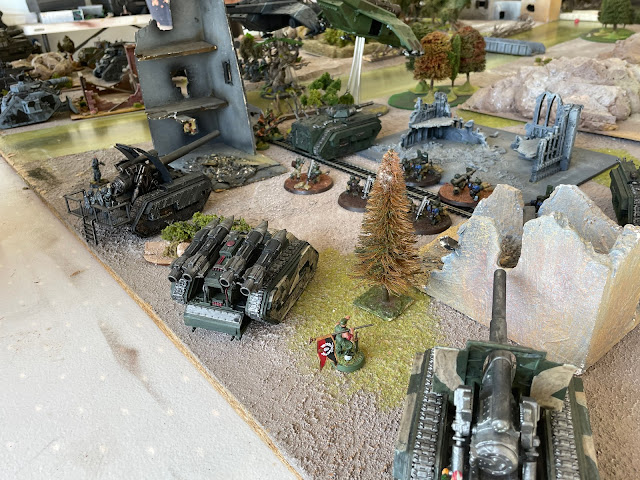 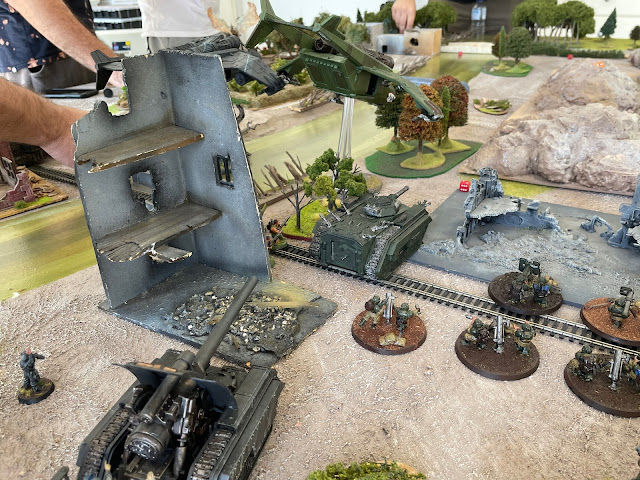 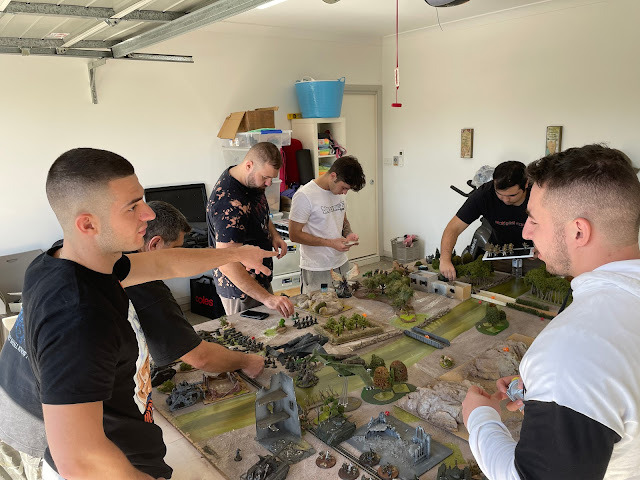 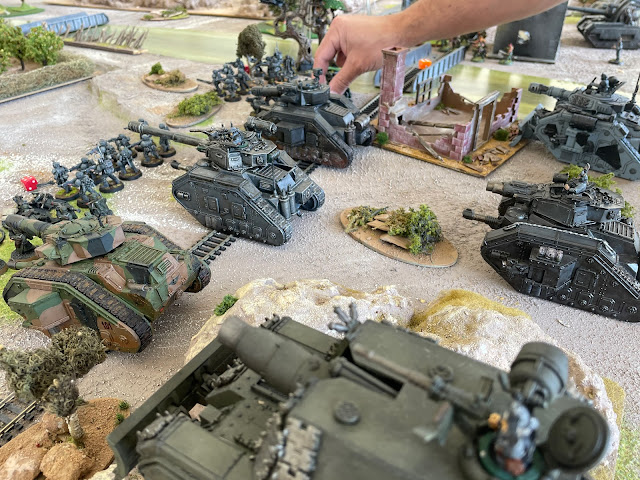 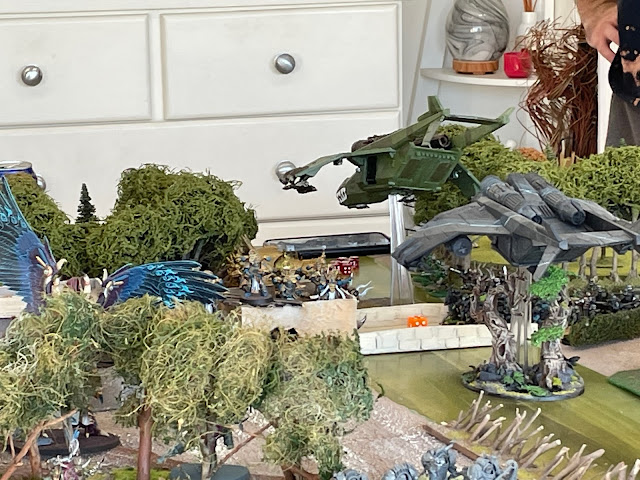 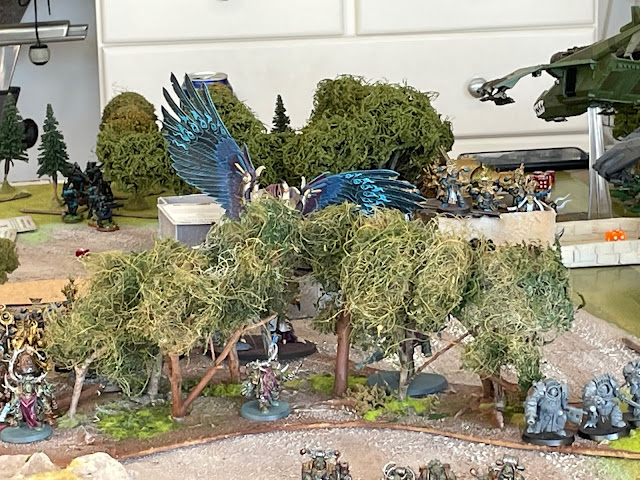 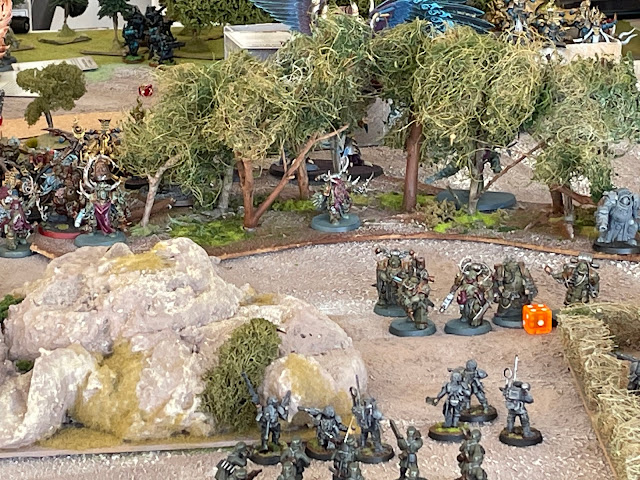 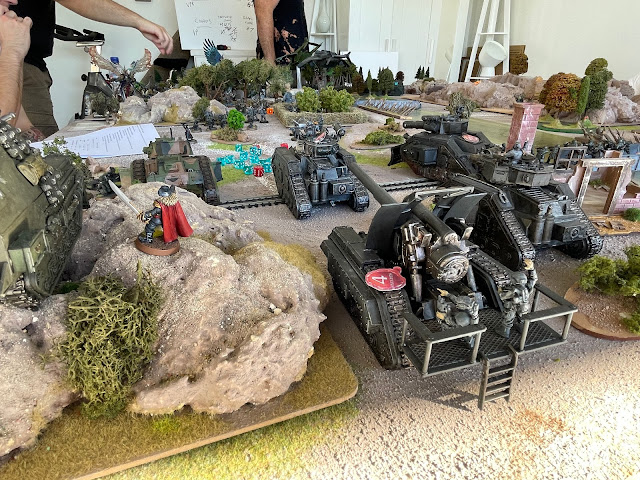 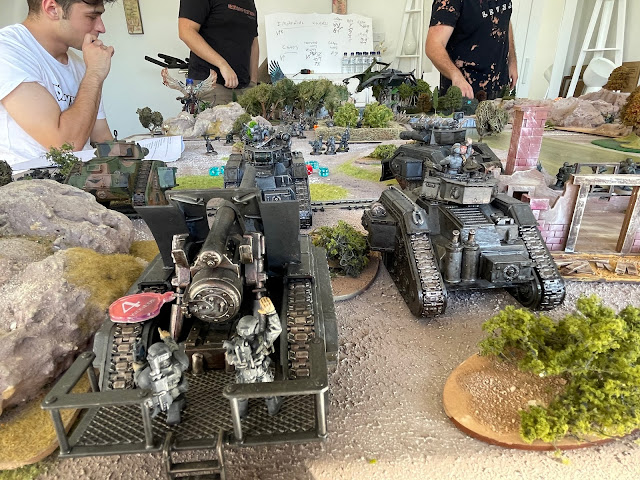 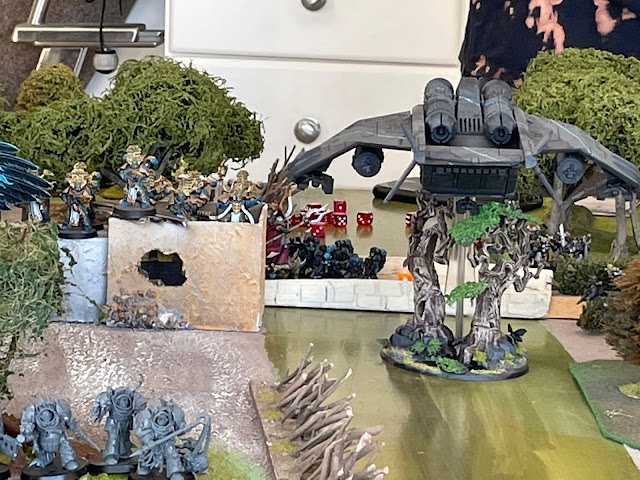 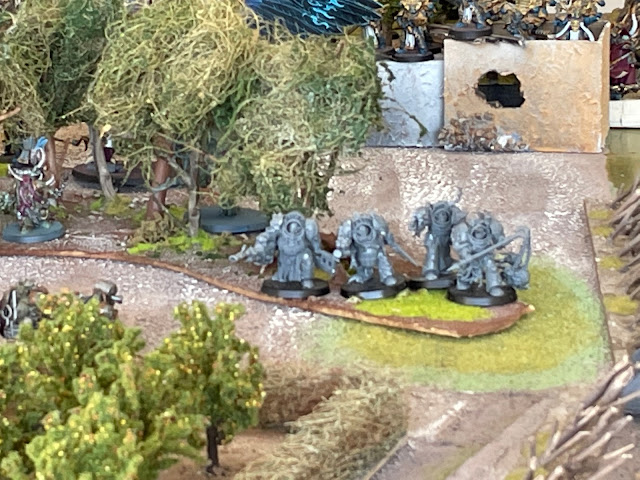 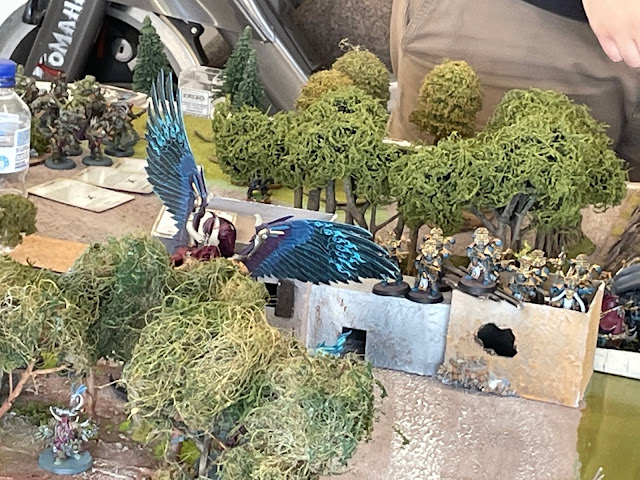 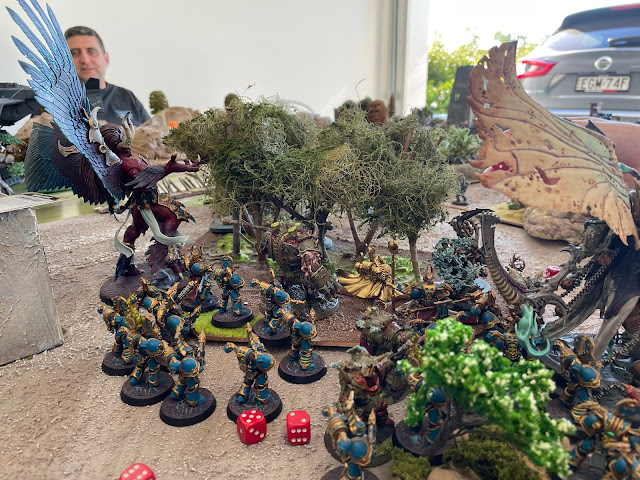 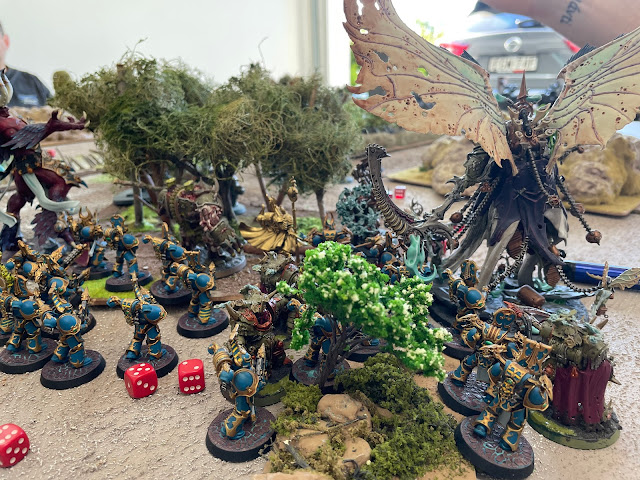 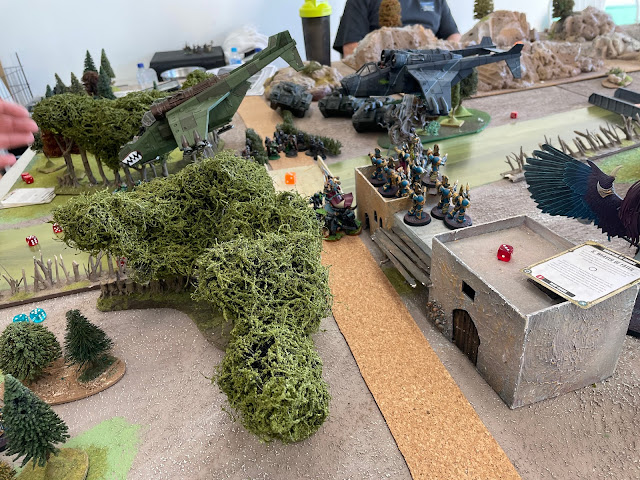 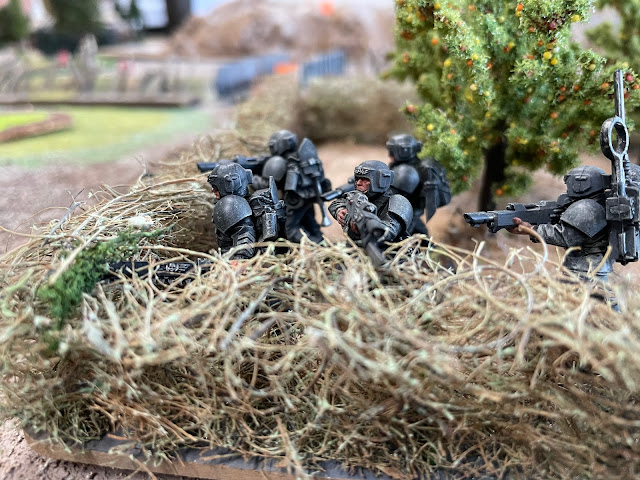 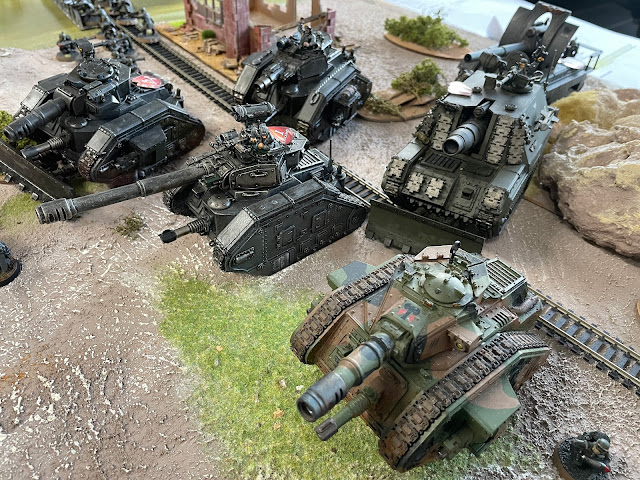 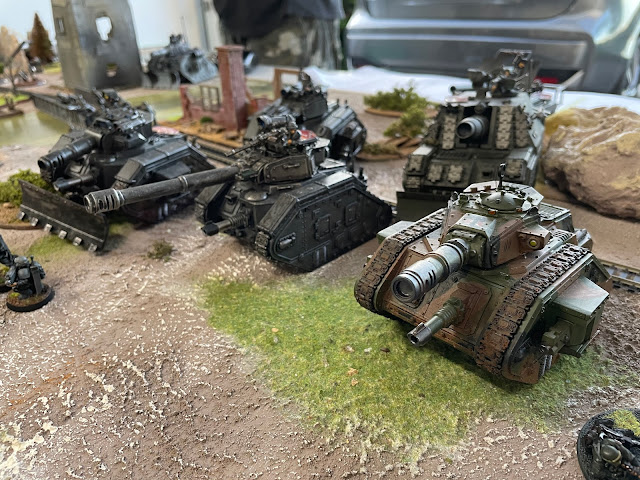 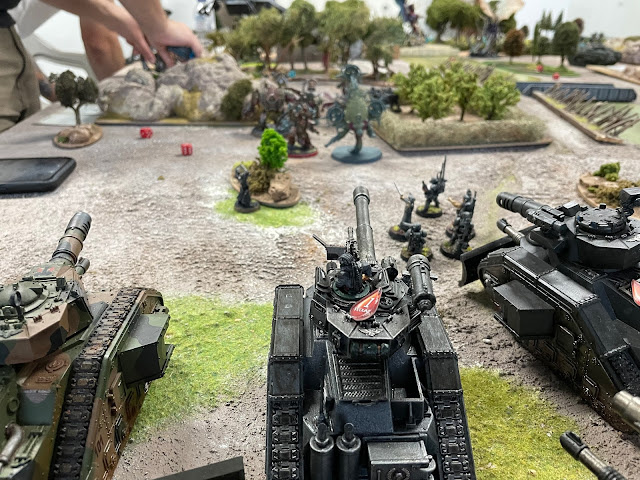 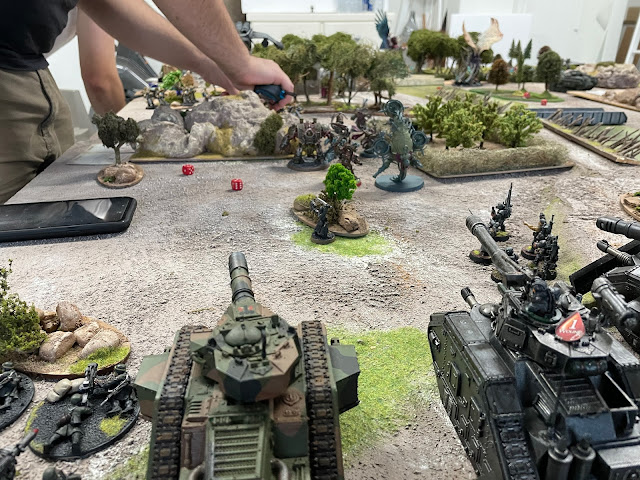 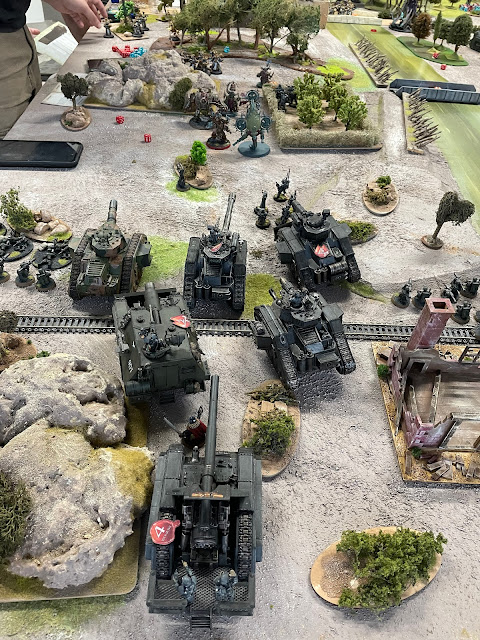 Posted by John at June 01, 2021
Email ThisBlogThis!Share to TwitterShare to FacebookShare to Pinterest
Labels: 40K- SciFi