I was given the opportunity to be walked thru the Sword and Spear rules by Chris P,  a good friend of Spyros'.

I have never played these rules but Chris knew them well. The command and control were straight forward. Each unit has a die and they are all put into a bag. We drew 9 dice out each time. The side that drew the most had the initiative. All the dice that are drawn out are rolled. 1s are discarded. The other numbers are placed next to the units that you wish to move/fight or fire that turn.

Each unit has a discipline factor and the die must be equal to or higher than that factor. An attached general lowers the die by one.

So for example, a Unit of Roman Triarii have a discipline factor of 3. The die roll has to be 3 or better to activate them. With a general attached, 2 on the die will activate them.

So if 5 dice were drawn out for the Roman player and 4 for the Macedonian ( we chose to have 9  drawn out each turn), the Roman has the initiative. If the Roman then rolls them and gets 1,2,2, 5,6, the '1' is discarded as it is too low to to use in any activation. As the Roman I could allocate one of the '2' to the Triarii Unit with the general. The other 2 is too low, so discarded.  I could then allocate the 5 and 6 to any Roman legion unit ( they all have discipline 3 or my Velites who have Discipline 4.

It plays faster than it takes the time to describe.

Melee is simple- you take the number of combat dice that a unit has- and roll them. The opponent does the same- and they are paired off to see if you have hit the enemy. 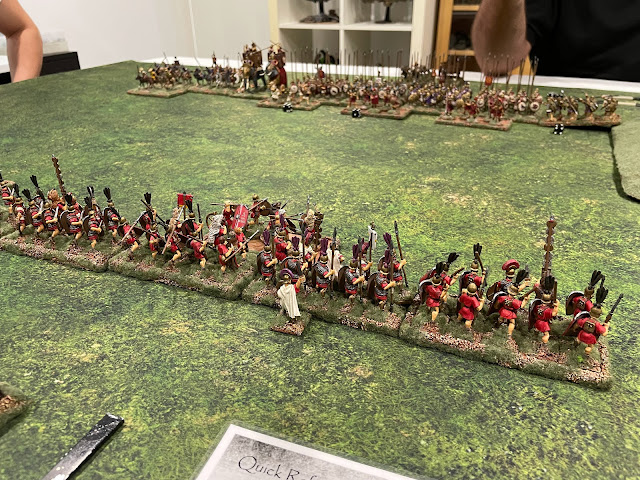 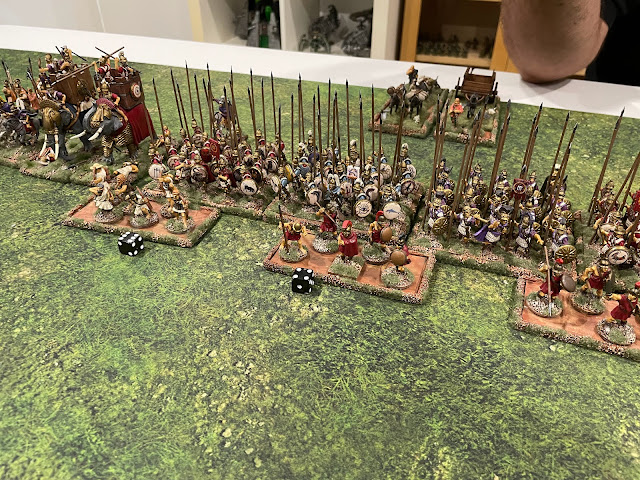 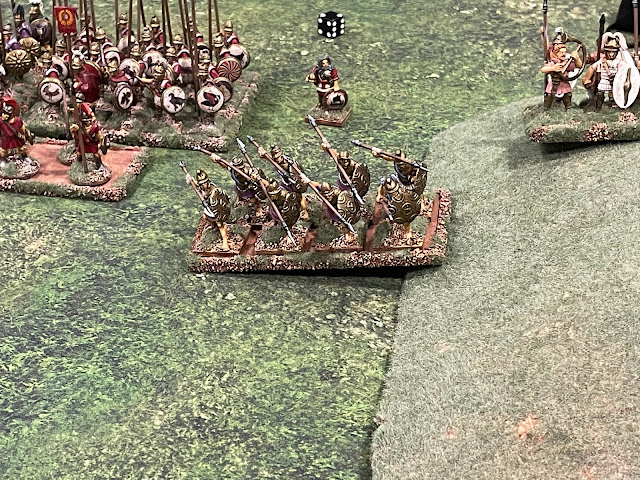 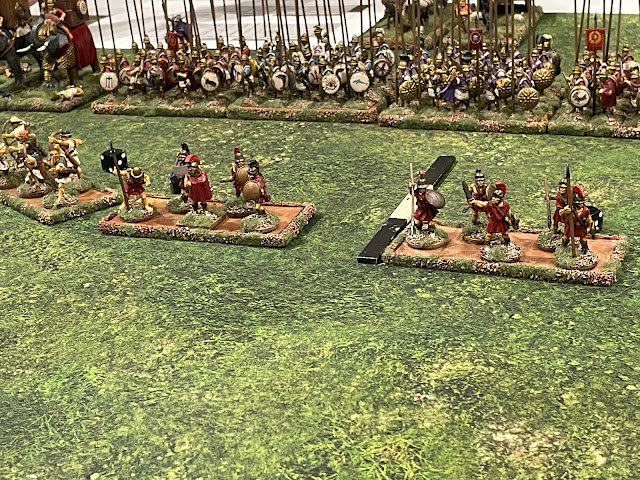 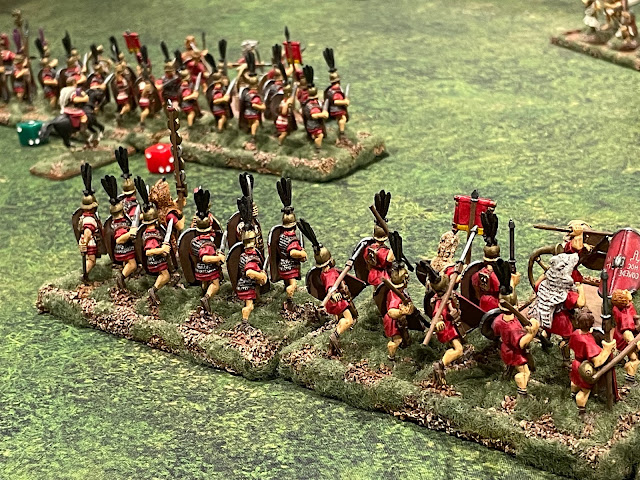 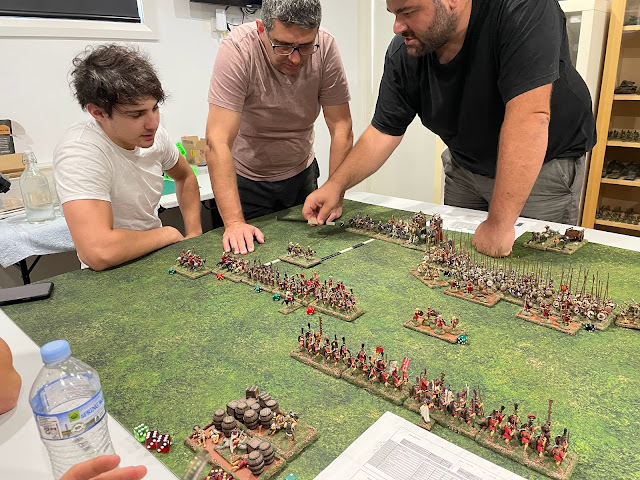 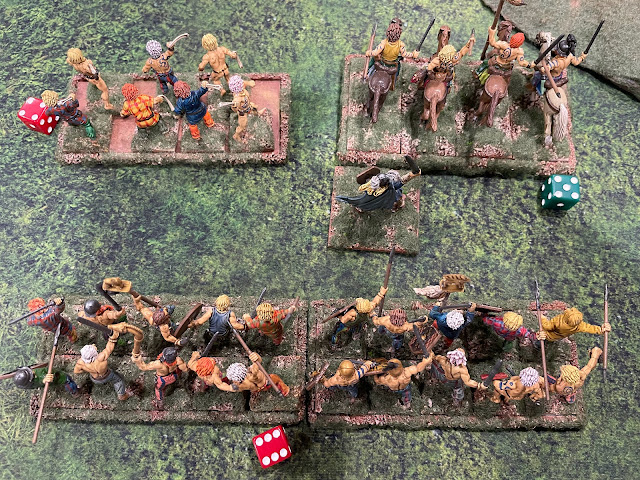 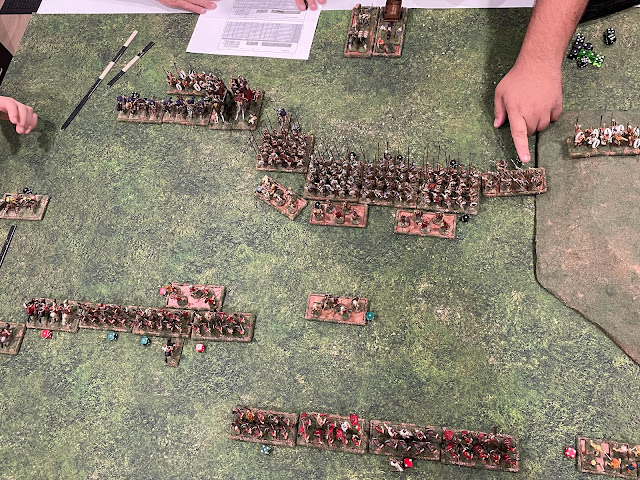 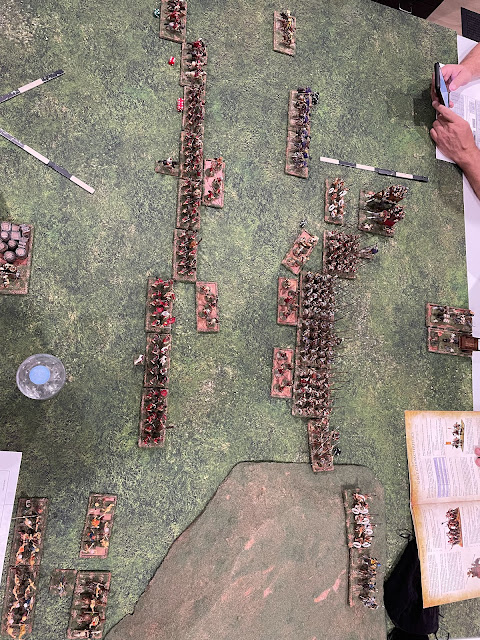 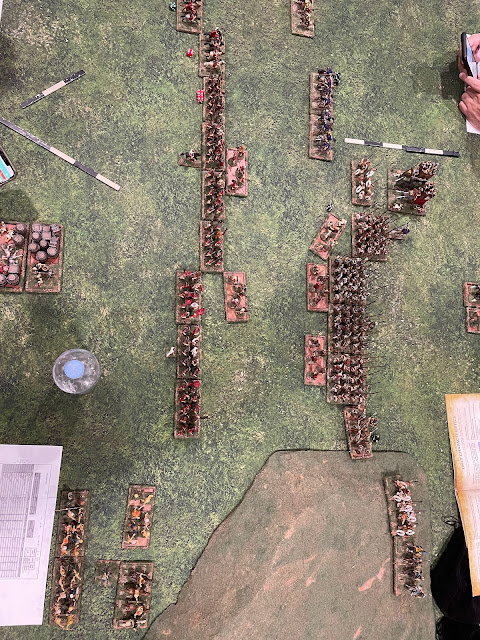 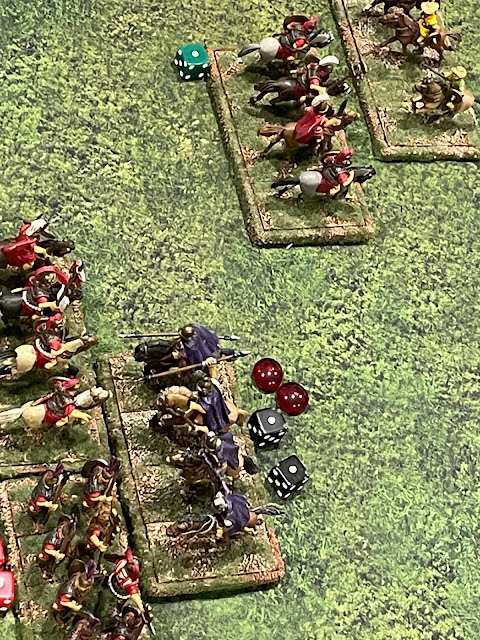 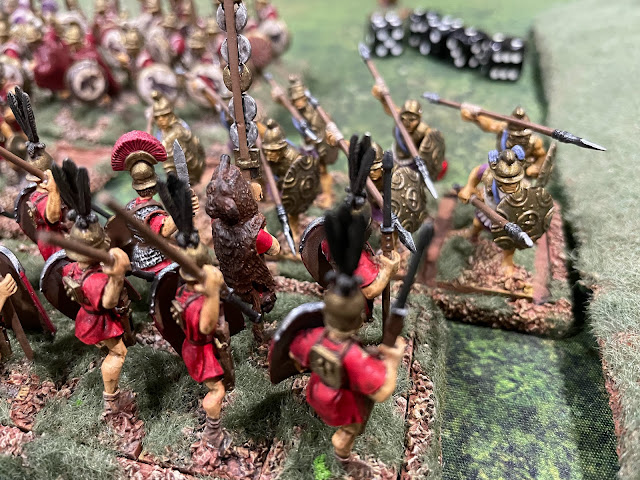 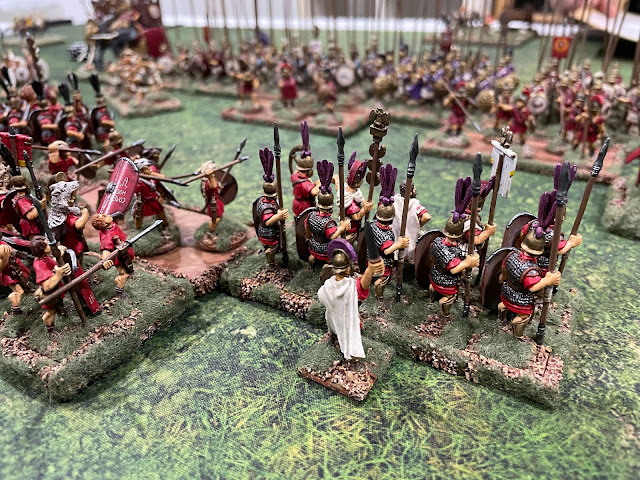 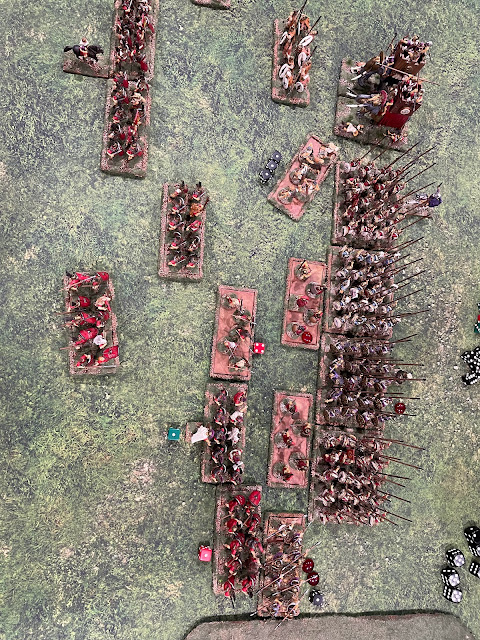 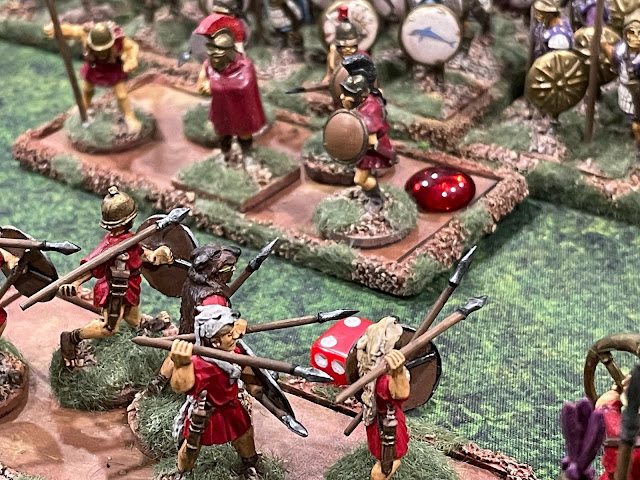 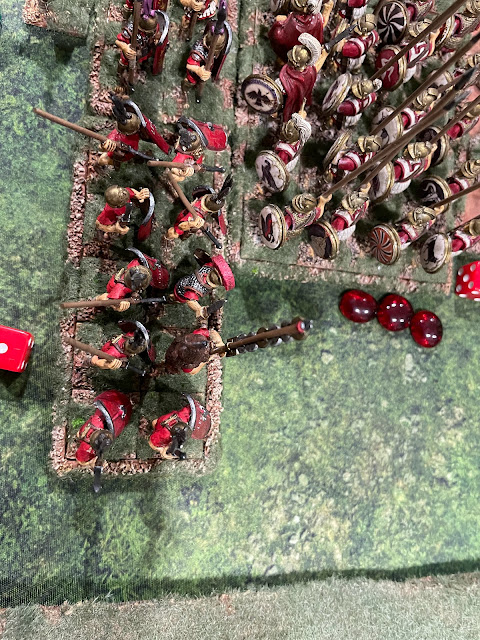 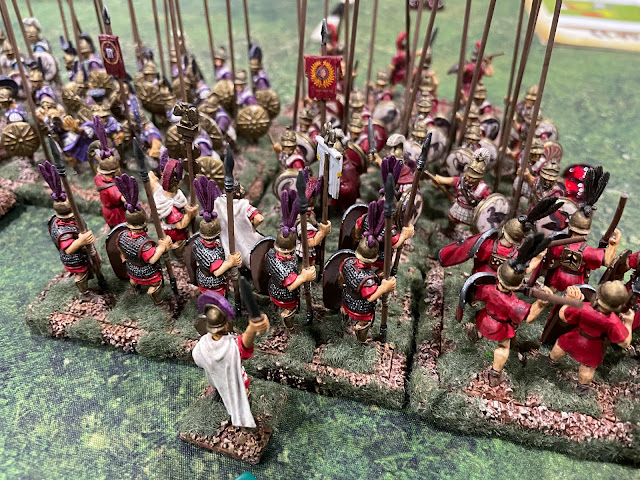 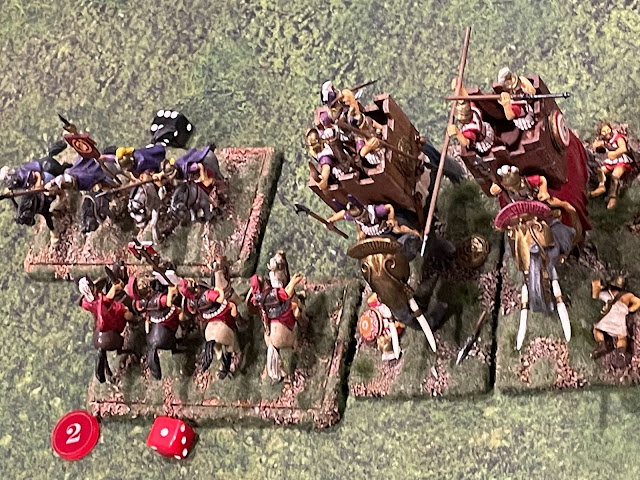 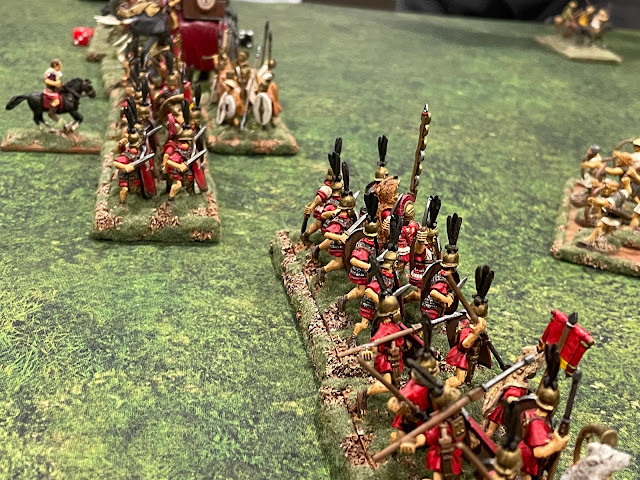 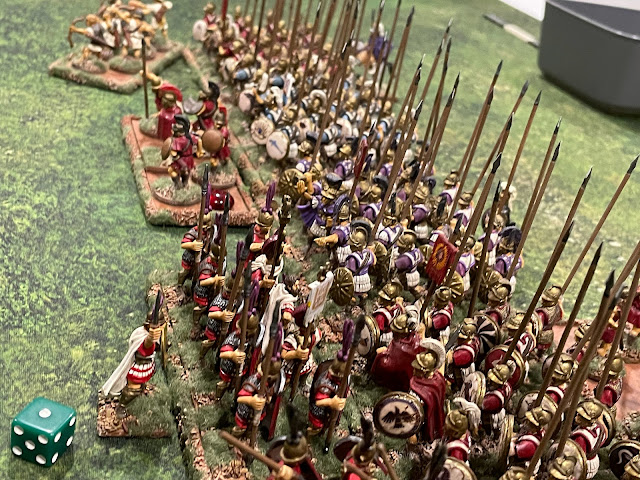 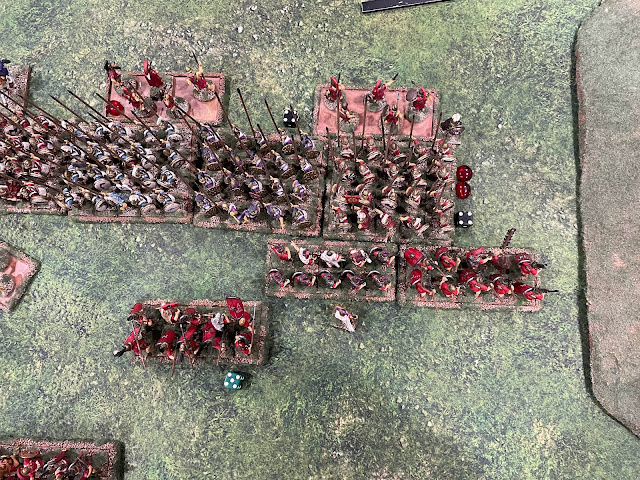 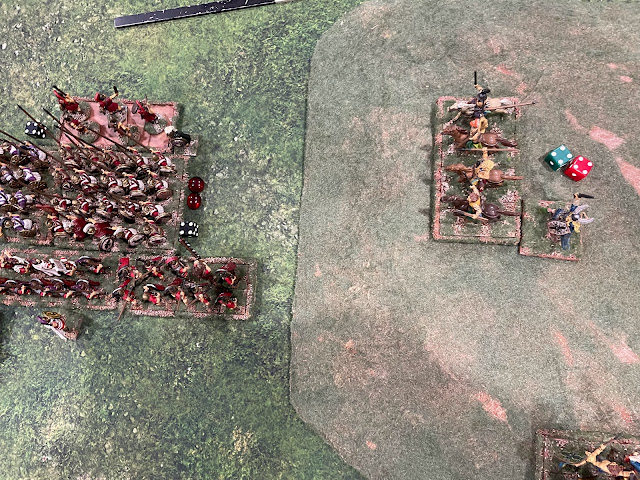 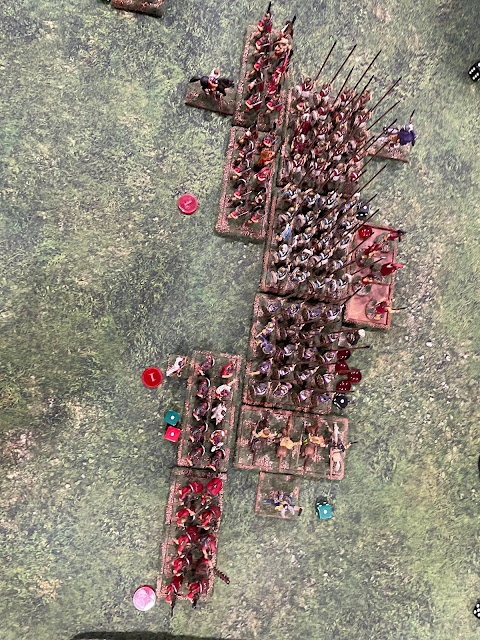 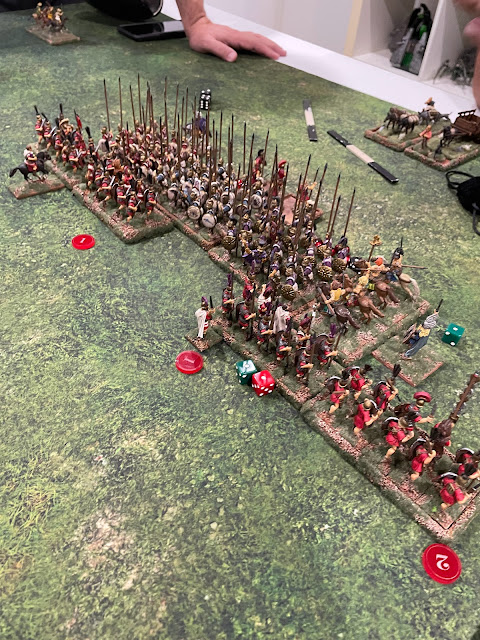 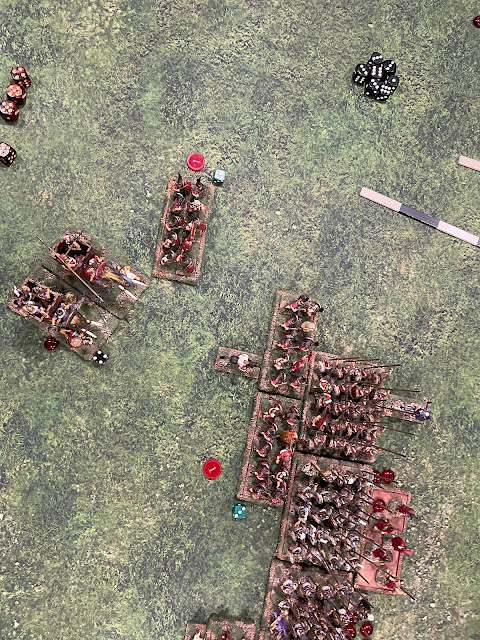 Overall a great gaming experience. Thanks to Spyros for hosting and Chris for walking us thru the rules!

Posted by John at May 08, 2022
Email ThisBlogThis!Share to TwitterShare to FacebookShare to Pinterest
Labels: Macedonians, Republican Romans, Sword and Spear