Montrose's battles are a source of fascination for me. Any one of them is small enough to represent on the table with the limited units I have.  Today I looked them over : Tippermuir, Aberdeen, Fyvie, Inverlochy, Auldearn, Alford, Kilsyth and Philiphuagh.

What the hell- start at the beginning.

Tippermuir it is! I dug into my scenario books and allocated my units and refought the battle over a couple of hours- another solo effort in lockdown.

Additionally, during the battle, Montrose's troops captured the Covenanter guns and turned them on their former owners. So for this scenario, if/when a gun fell it was available to be fired the following turn by its captors. As Montrose had no guns or Horse, these rules were designed to allow Montrose's troops to perform as they did historically! 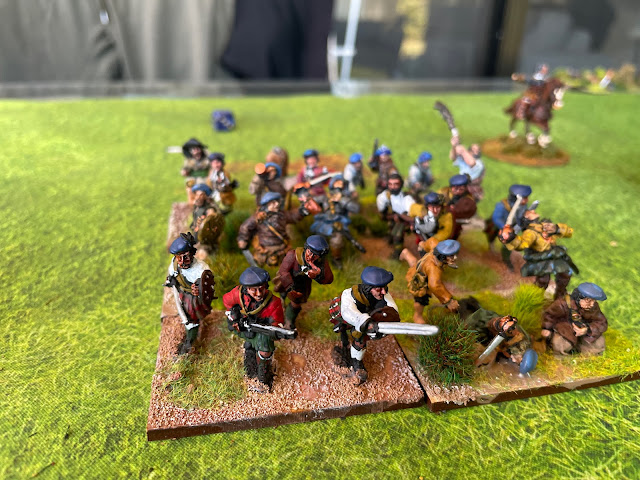 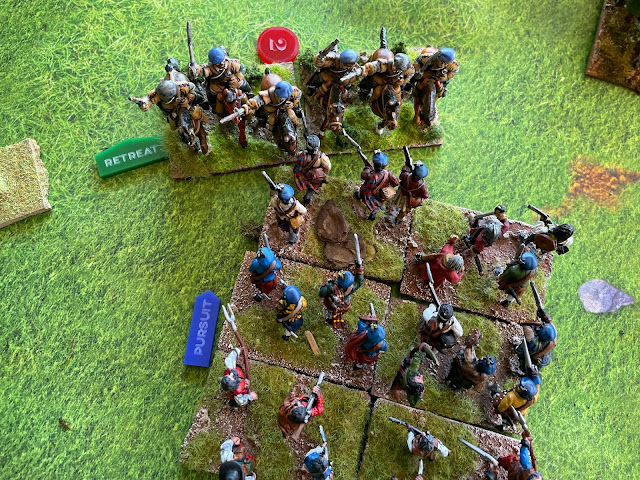 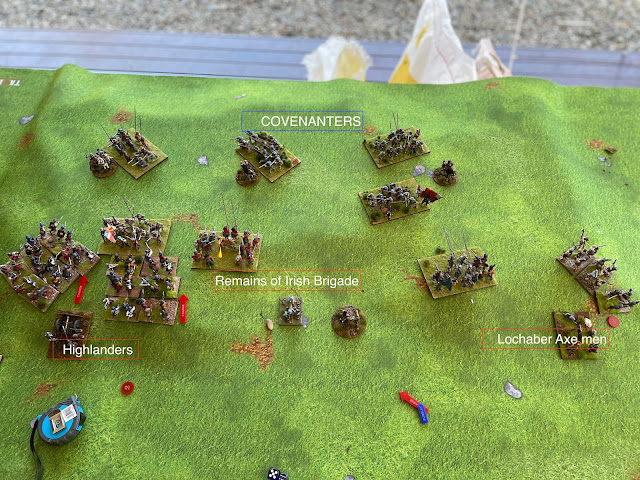 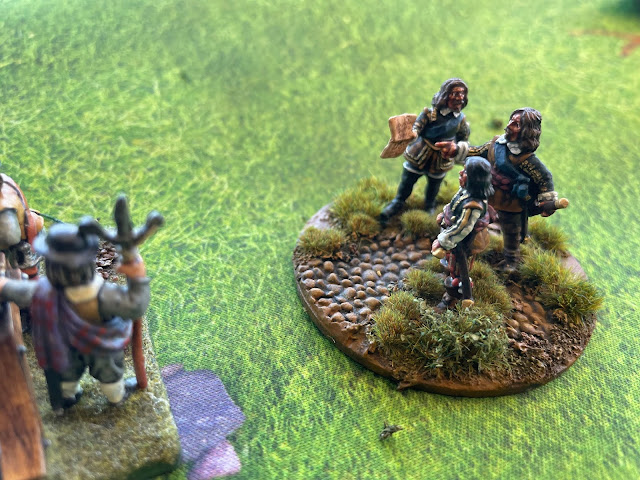 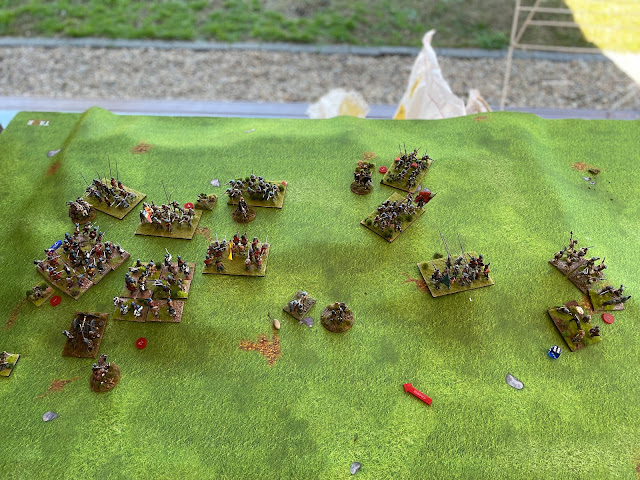 I enjoyed this game and refight. It gave me the opportunity to appreciate Montrose's historical victory. Outnumbered, with no artillery and no Horse and with many of his Highlanders lacking firearms, he took a defended hill. In my game, he came close...but lost it in the last turn.