The campaign towards Peking continues and Admiral Seymour's Allied force has taken the first major obstacle!

The eight Allied continents started at each end of the table- four at one end, four at the other and had to fight their way into the huge fort that took up the centre of the table.

Following on from the format from the large game a couple of years ago- all players were on the same side against an umpire controlled enemy. Each player was briefed as to who they could and couldn't assist and who they were in fierce rivalry with.  The main objective- establish a foothold in the fort. Other objectives included the 4 Chinese artillery firing platforms and the 3 gates - 2 at the northern end, 1 at the southern end. 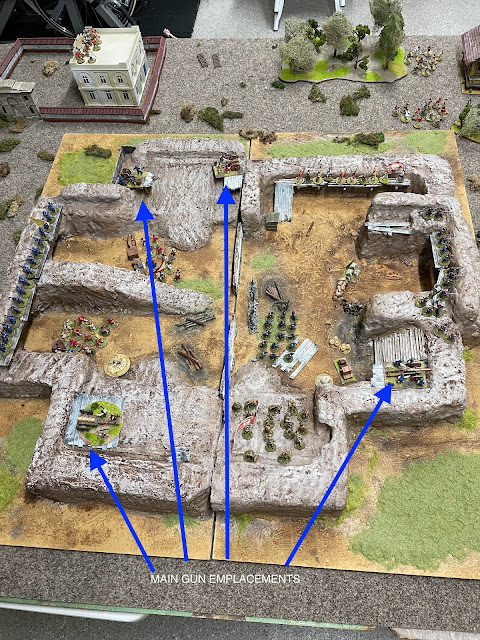 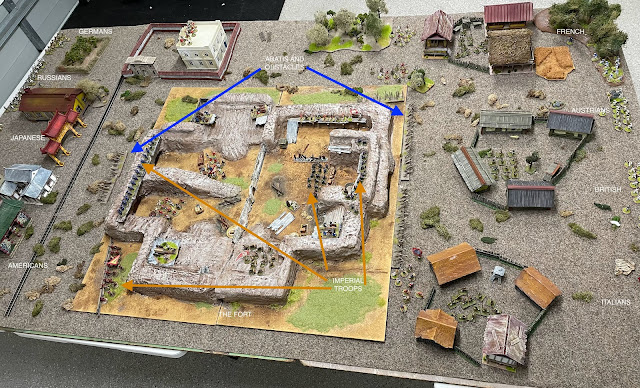 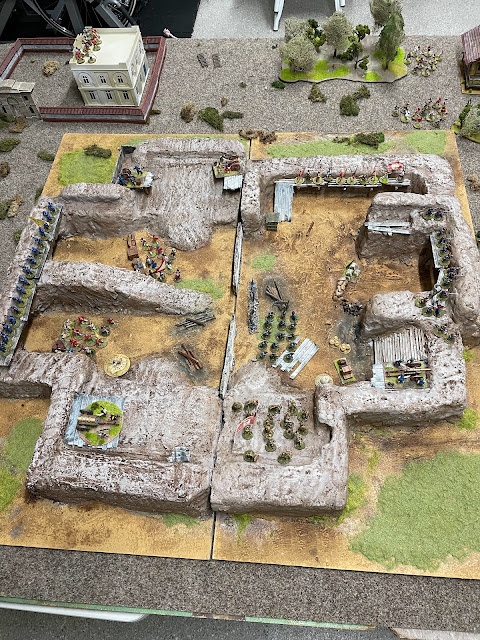 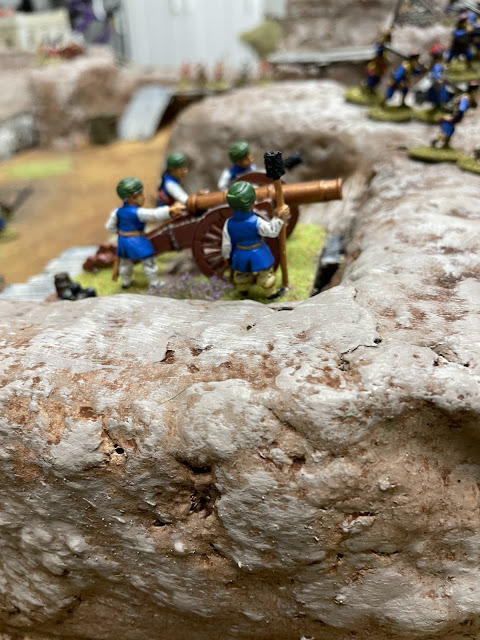 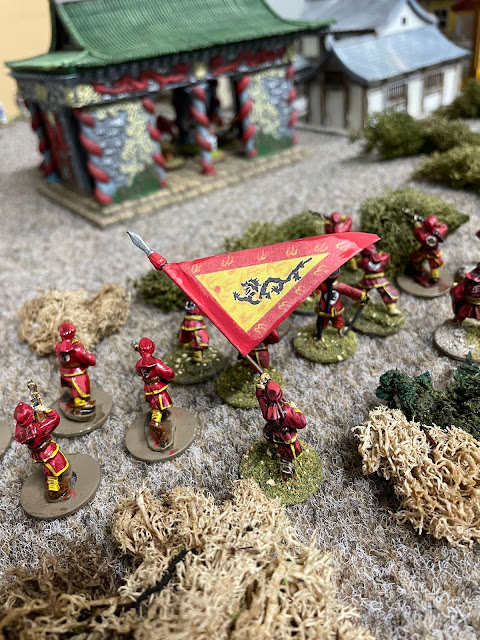 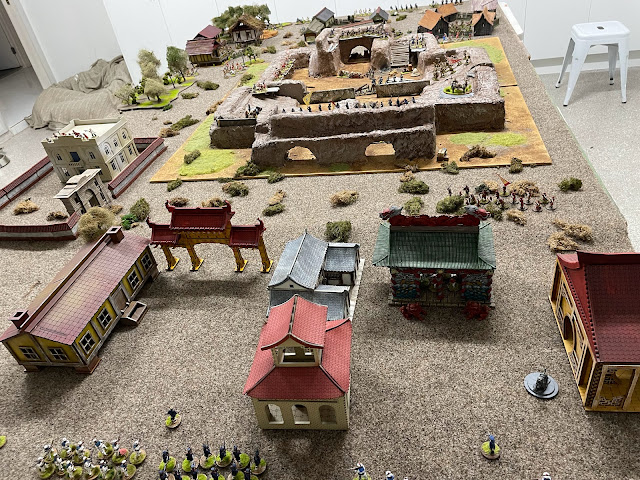 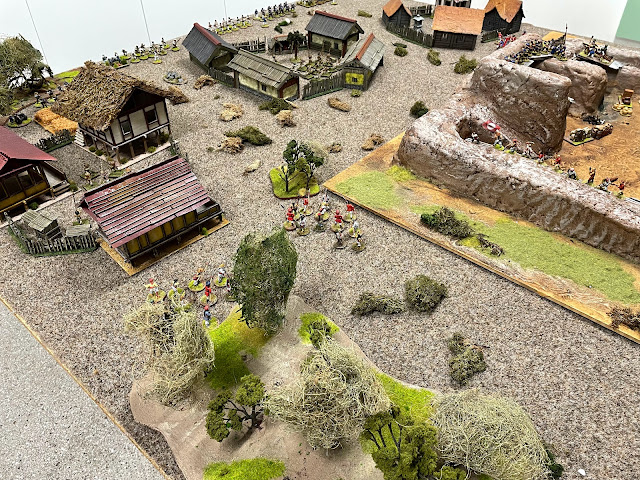 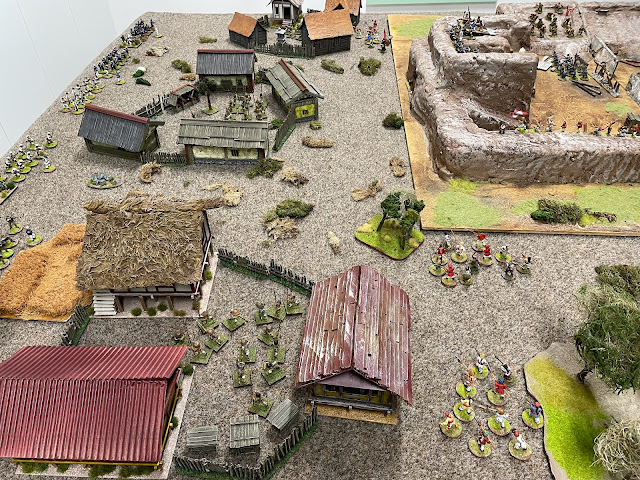 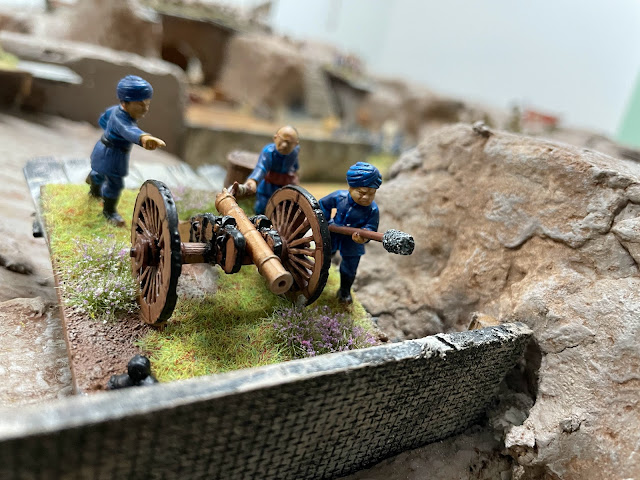 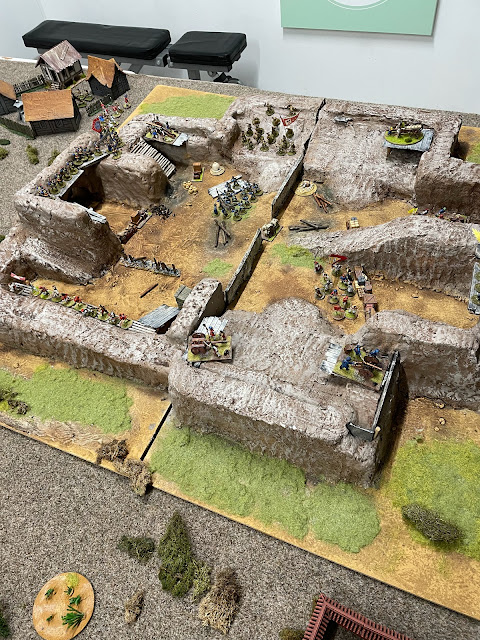 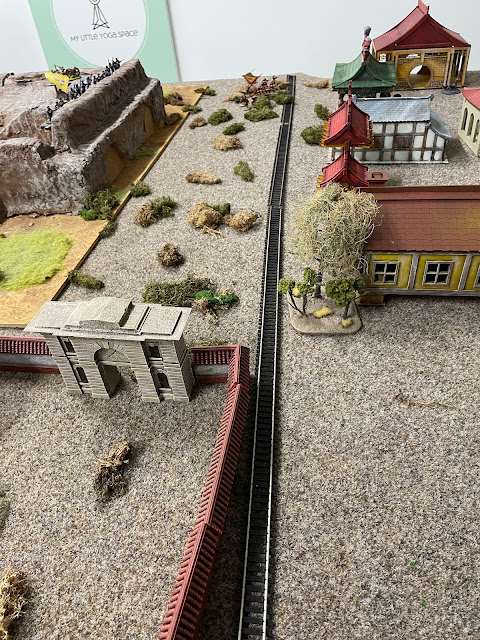 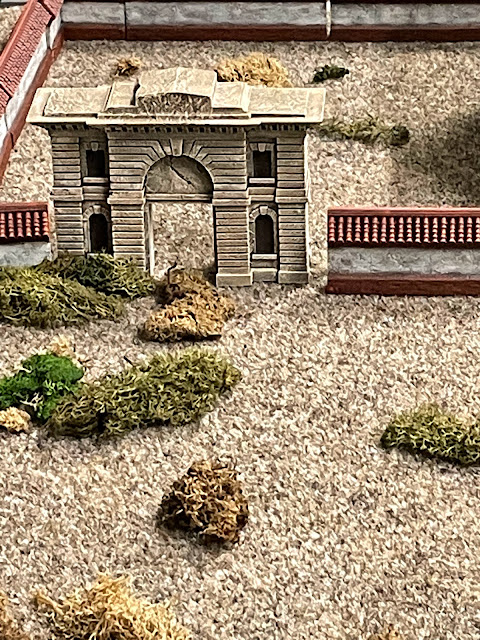 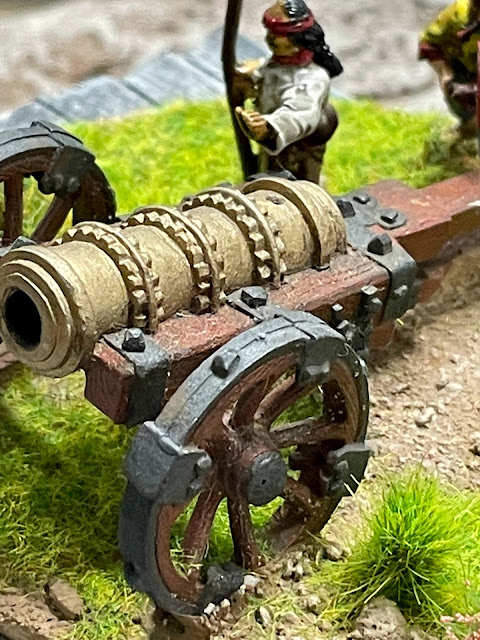 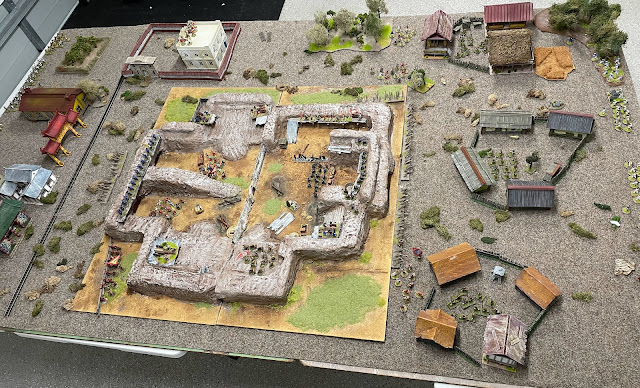 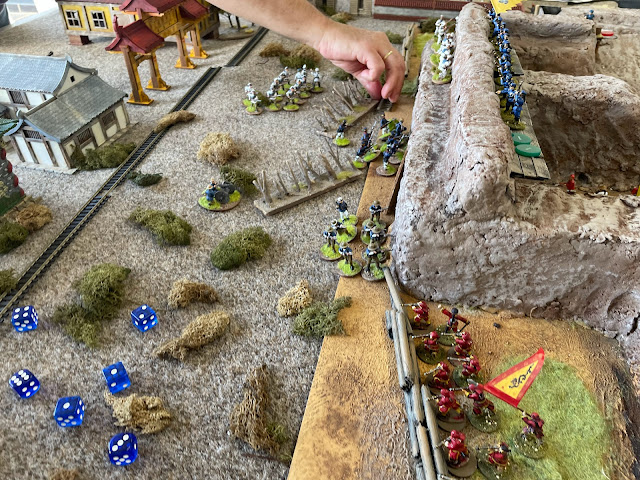 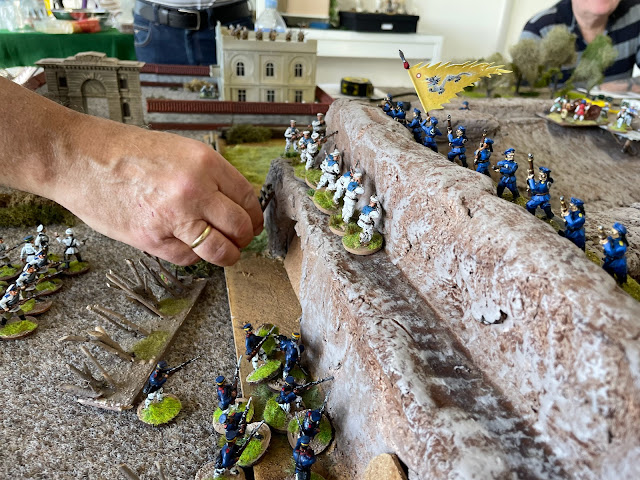 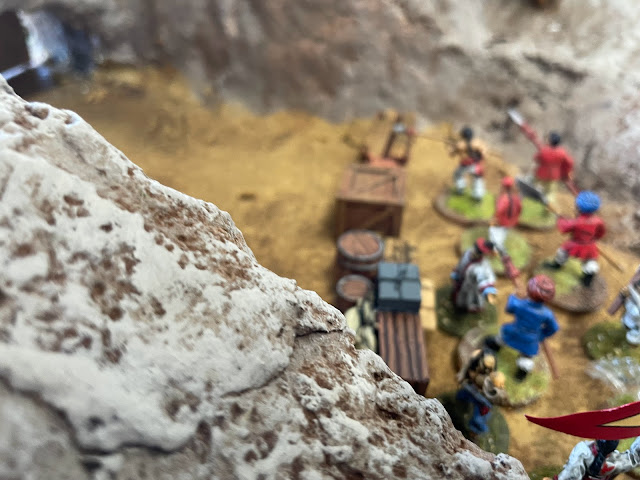 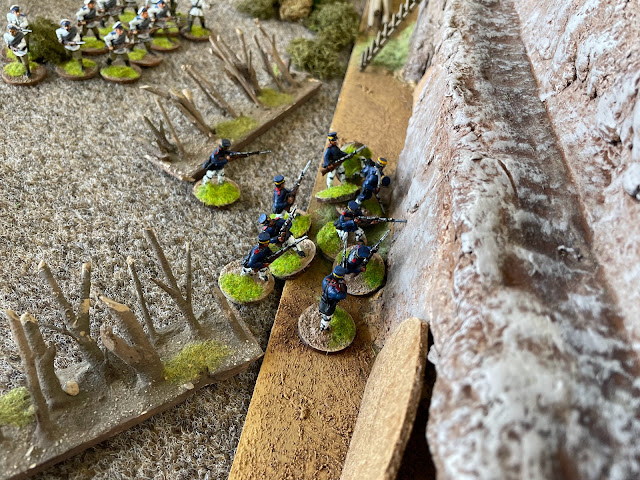 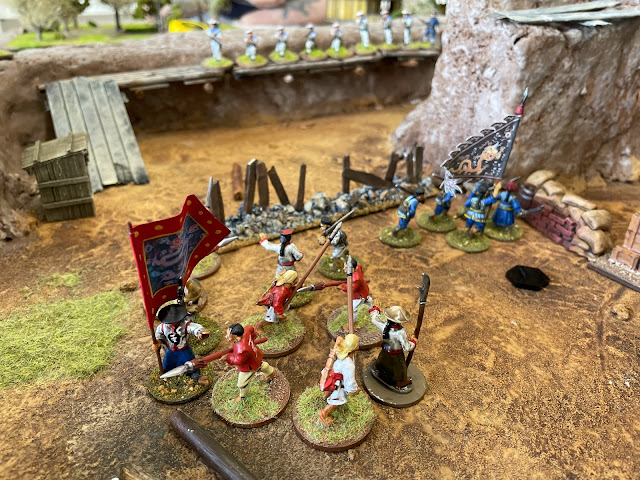 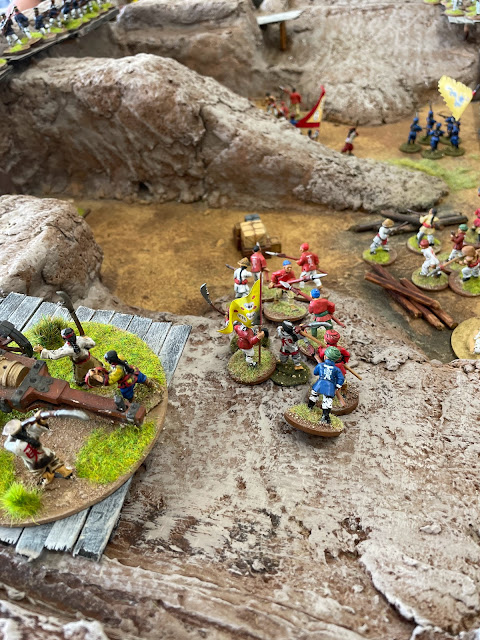 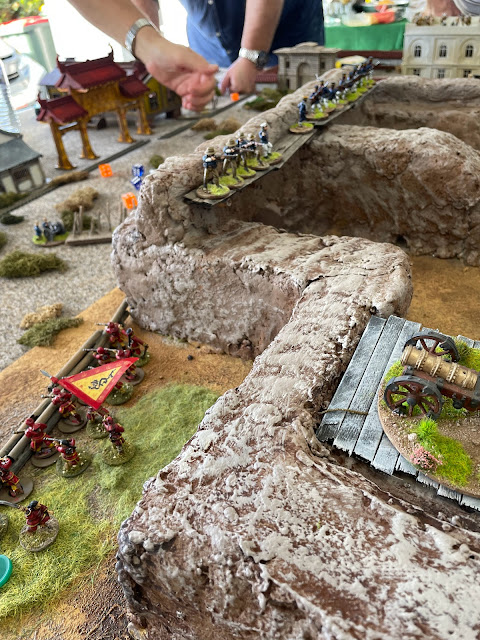 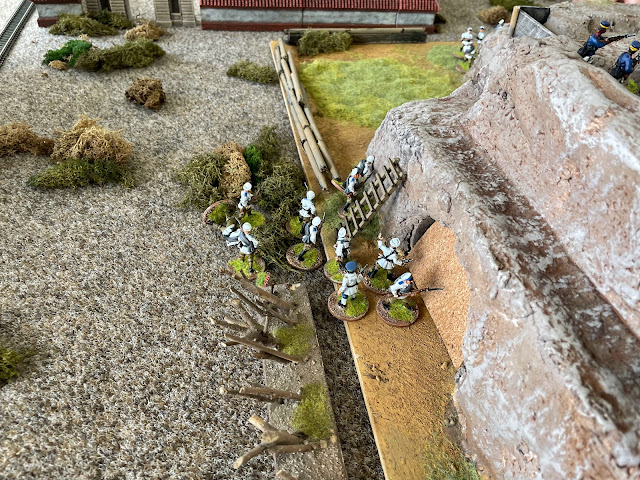 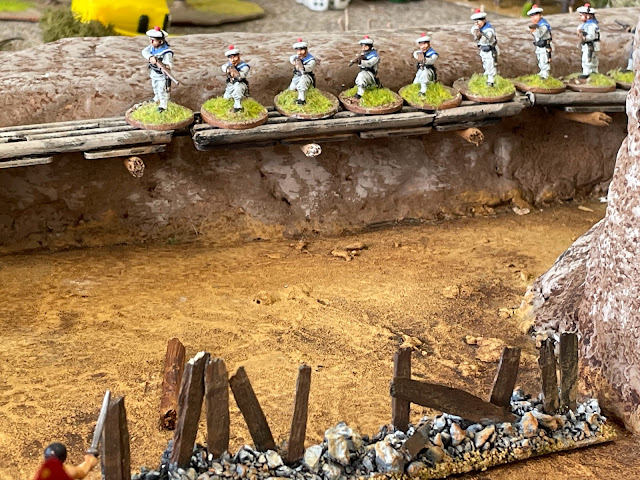 So Admiral Seymour has taken one fort ...but there are more obstacles on the road to Peking!
Honours went to the French on the day!
The Japanese were second into the fort very closely by the US Marines!!

Posted by John at September 16, 2022
Email ThisBlogThis!Share to TwitterShare to FacebookShare to Pinterest
Labels: Boxer Rebellion