Using a similar sort of scenario from my last AWI solo effort- I had a column Russian Troops attempting to push thru a Turkish defensive position ...during the fighting of 1711....the Russians probing the Turkish lines.

A small force of Turks were holding a village at a crossroad. A unit of skirmishers, a Unit of Janissaries, some local militia, two guns and 3 units of Tartar cavalry ( 1 light and two sipahi types).

The Russians had three battalions of Foote- all trained and all armed with pike and musket. They also had four squadrons of trained Dragoons and a single gun.

I played the Russians. The Turkish infantry were driven by a card system, that gave them the 'stand' option being the most numerous  and with a  'counter attack' and 'retreat 1 turn' thrown in. Instead of cards you could just use a chart and roll a d6 or 2.

The sipahi cavalry were driven by cards that said  'stand' ( 1 card) 'move towards nearest enemy' ( 2 cards). the light cavalry unit was just a skirmish unit, so it would 'skirmish' or 'retreat'. 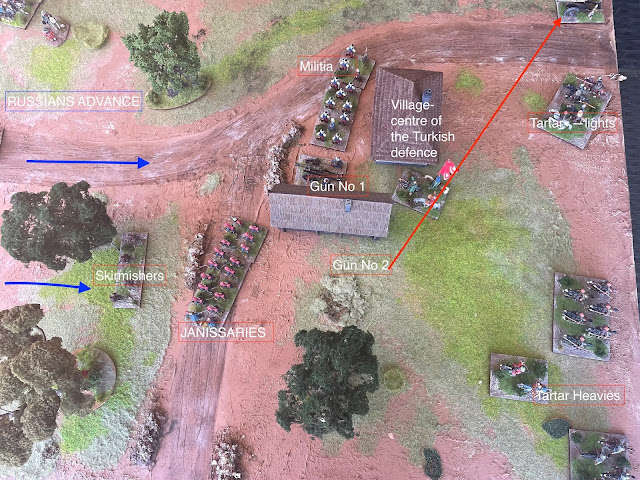 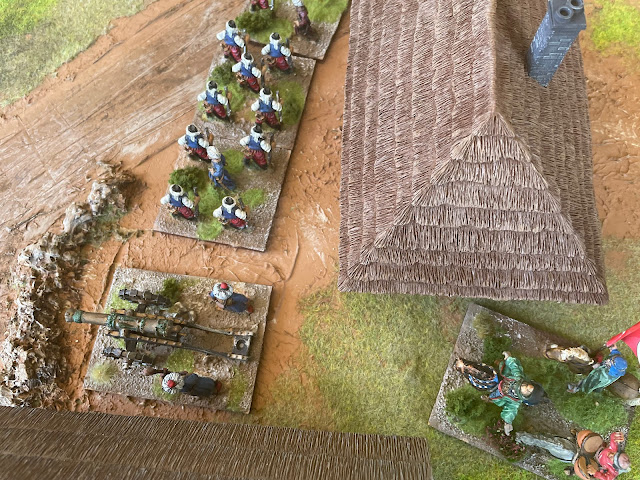 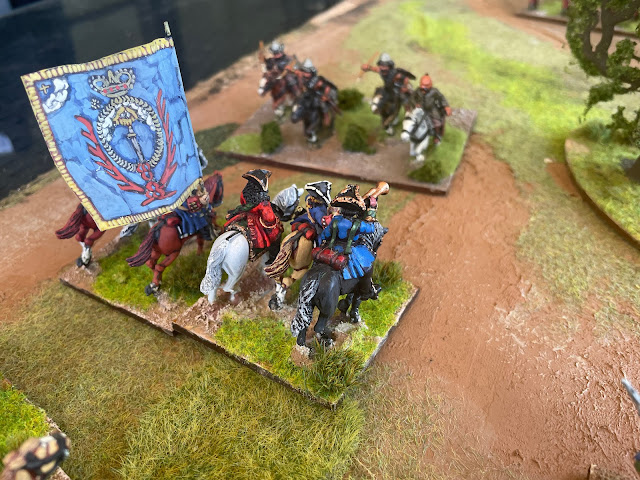 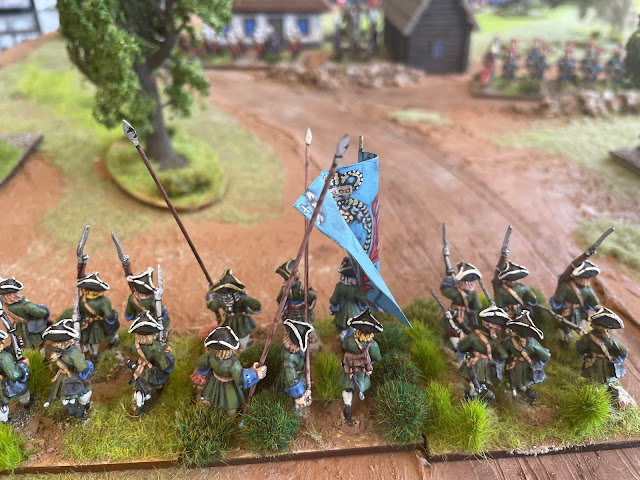 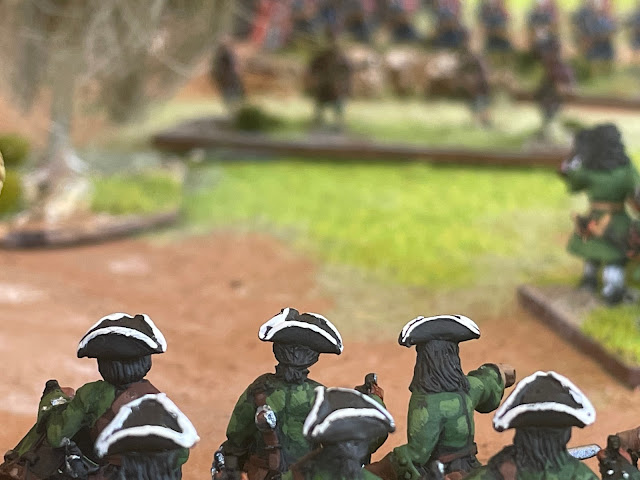 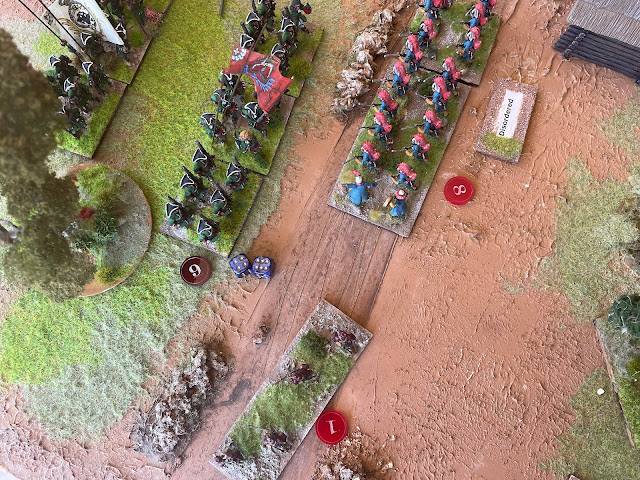 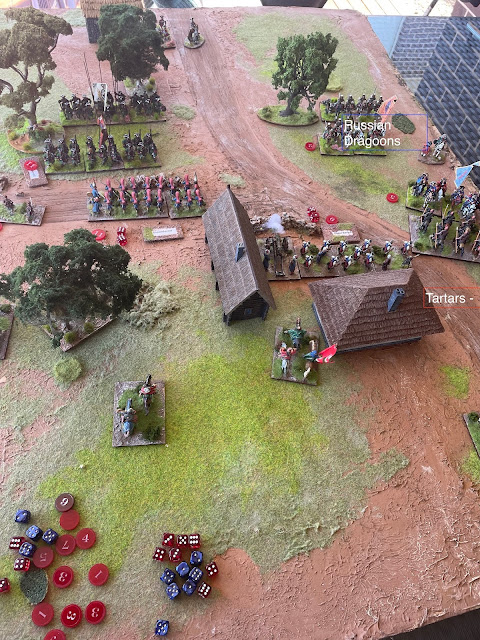 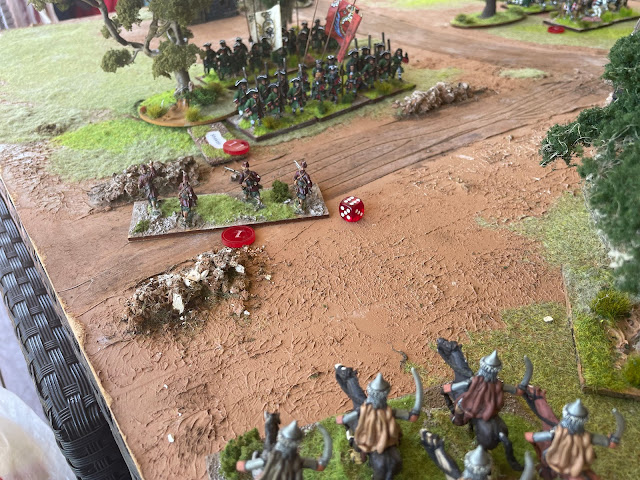 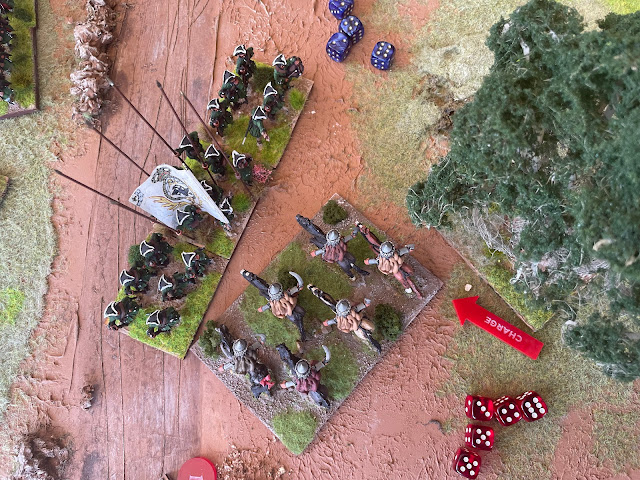 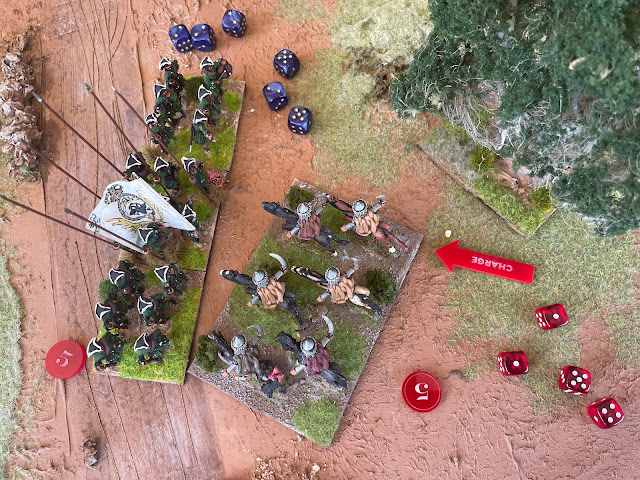 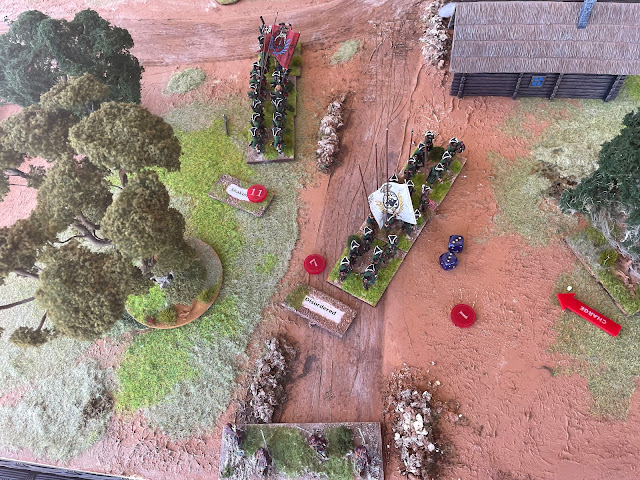 The Turks won the day and held off the Russians.
Posted by John at September 11, 2021
Email ThisBlogThis!Share to TwitterShare to FacebookShare to Pinterest
Labels: GNW Russians, Great Northern War, Ottomans