....the outlying troops have been drifting in slowly in accordance with Seymour's orders, but all is not going to plan.

Despite Seymour's orders to wait until all the Allied forces have been concentrated, many local commanders attempt to take the matter in hand and deal with the Boxer and Imperial troops in their jurisdictions.  In one particularly troublesome area the local commander had a dilemma. An ancient abandoned earth fort had been reoccupied by Boxers and Imperial troops, who began to work on repairing the derelict fortifications by creating firing platforms, rebuilding the gates etc.

At his disposal he had a unit each of US Marines, German Kriegsmarine, British Sailors and French Sailors.  The Americans also had a Colt Machine gun.

The mud fort would not stand up to large calibre modern artillery but he only had an Austro-Hungarian 3pdr at his disposal. Believing the garrison to outnumber his meagre forces, (he was right) it was decided that the Allies would attack only one side of the fortification. The US Marines would attack the south-east corner, the British the main gate, The Germans, the length of wall to the north of the main gate and the French the north east corner. The 3pdr would target the gate only. Then provide any support fire if necessary. 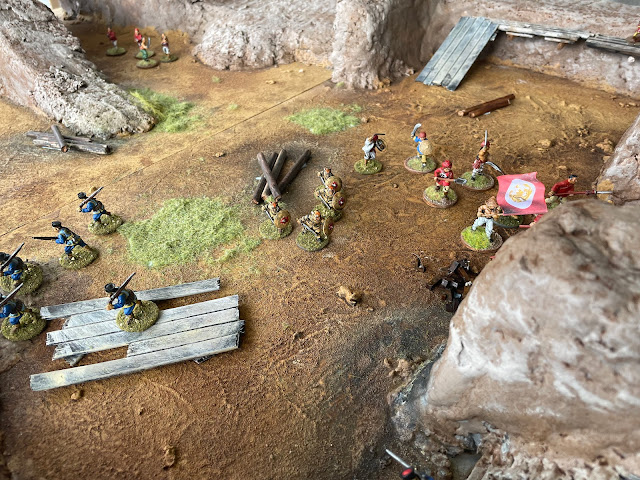 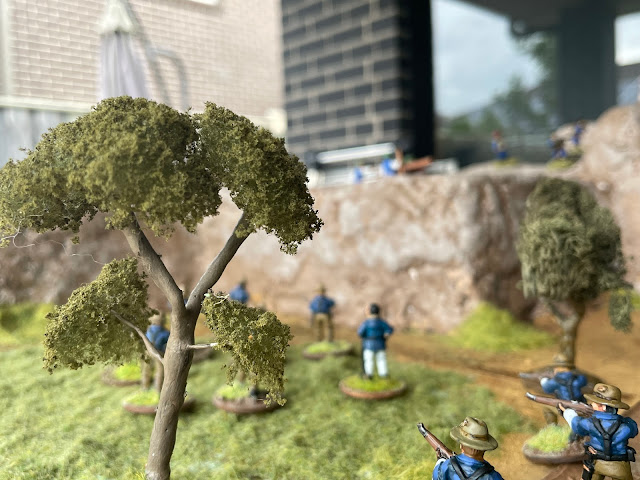 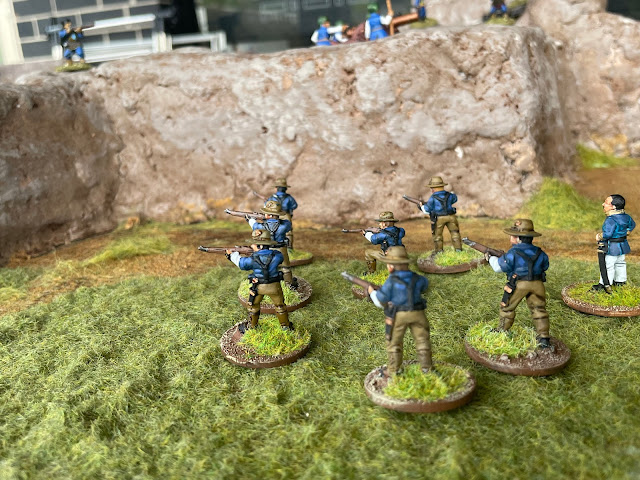 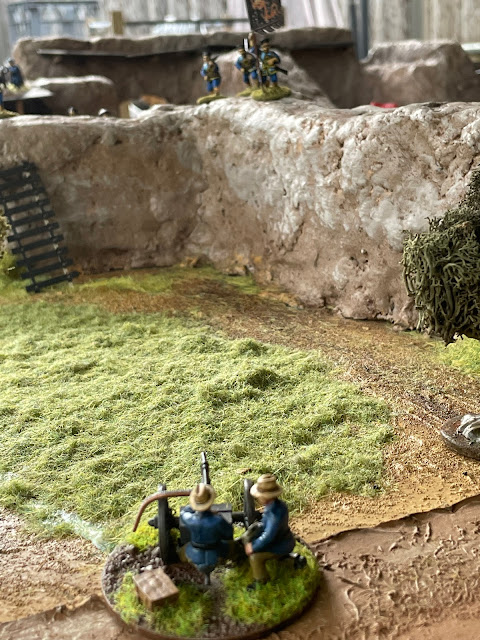 For a solo effort, an interesting turn of events.
The Germans, rather than fulfil their mission to attack the section of wall to the north of the main gate, decided, at the last minute  to go for the gate. This was due to the fact that they were in front of the British sailors as the gate was smashed open by the Austro-Hungarian gun. This meant that all the Boxers and Imperials on that section of wall fired into, or reinforced, the area behind the main gate. Bloody hand to hand fighting took place just inside the main gate and both Germans and British troops were forced to retreat.

Both the French and the Americans got onto their respective sections of the fortress walls, but were unable to get into the fort due to the casualties suffered.

The Allies were forced to retreat...a Chinese victory!!....It's going to take a much bigger effort to take this fort!

Posted by John at October 09, 2021
Email ThisBlogThis!Share to TwitterShare to FacebookShare to Pinterest
Labels: Boxer Rebellion, The Men Who Would Be Kings.