Nick has two beautifully painted armies, late Roman Imperials and Sassanid Persians. They're both very large and he had the opportunity to put both on the table for a game.  He, Phil and I were the Romans and Ross, Roger and Richard were the Sassanids.
The Romans had their legions in the center(me) their heaviest cavalry on their left (Nick) and a lighter force with Equites, Sagittari and Auxilia holding their right ( Phil)
The Sassanids deployed with their heaviest forces ( elephants, clibanarii and Savaran on their left (Ross), infantry in the middle (Richard ) and more Savaran with Daylami light heavies on their right (Roger).


Click here to read this entry and see the pics;
Posted by John at October 25, 2017 8 comments: Links to this post
Email ThisBlogThis!Share to TwitterShare to FacebookShare to Pinterest
Labels: Late Imperial Romans, Sassanid Persians

I've got a nice unit that will be used for my Southern AWI games.
A nicely painted 'Volunteers of Ireland' that fought at Camden. 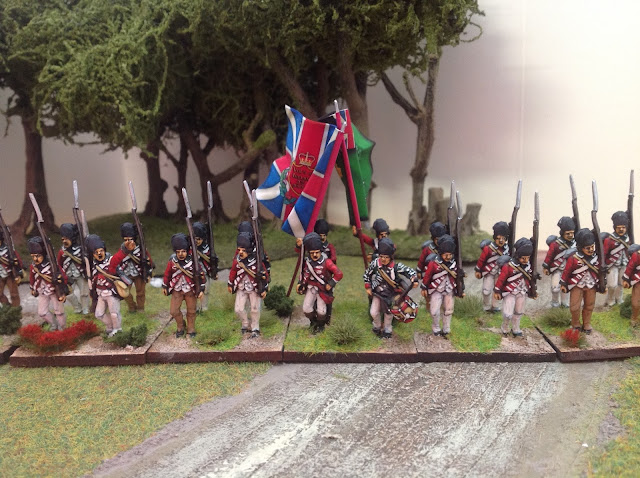 Click here to read this entry and see the pics;
Posted by John at October 21, 2017 2 comments: Links to this post
Email ThisBlogThis!Share to TwitterShare to FacebookShare to Pinterest
Labels: AWI, British Troops AWI

Richard was keen to show me how the Baroque rules work, so along with Ralph, two(!) Richards, Ross, Phil and myself we threw some of my Louis XIV figures onto the table without worrying about terrain etc. The rules have some similar features to Impetus ( same writers of course) but some of the classifications and some mechanisms are a little different. 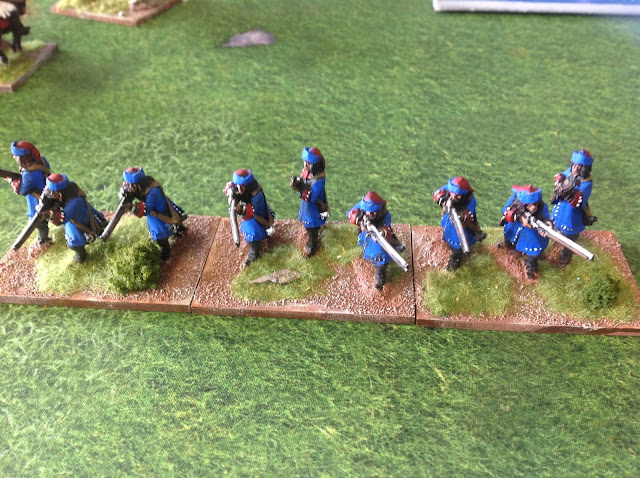