Well it's started. I'm painting landsknechts and Spanish Jinetes but I'm blogging my first AWI Unit: clearly the workings of a severely disturbed mind with multiple addictions. Don't ask why; I just saw them on eBay- bought them, rebased them and have been admiring them for the last couple of months.
The 53rd Regiment was originally raised in 1755 as the 55th Regiment. Changed to the 53rd at the end of the Seven Years War due to reductions in the regimental establishment, it sailed for Canada in 1776. It served in operations for the relief of Quebec and then joined General John Burgoyne's army advancing into New England via the Hudson Valley.

Taking part in the initial capture of Fort Ticonderoga, the 53rd was part of 'Gentleman Johnny' Burgoyne's 1st Brigade along with the 9th and 47th Regiments. The Battalion Companies were left behind to defend the fort and its outlying defences. 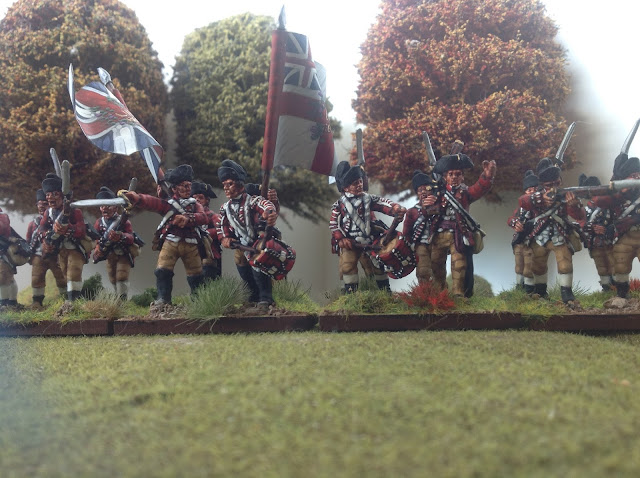 The Light and Grenadier Companies of the 53rd were, however, heavily engaged in Burgoyne's advance on Albany and subsequent defeat. The remains of the two Flank Companies were interred for the rest of the war.

With the surrender of Burgoyne at Saratoga in October 1777, the 53rd burned Fort Ticonderoga and its outlying defence on Mount Independence and retired to the Canadian frontier. It was involved in raids into New York and Vermont in 1778-1780.


The figures here represent the 53rd at the time of the Saratoga campaign. They are carrying the Regimental colours, perhaps erroneously as Burgoyne insisted that his Regiments left their colours in Canada.
Commanded by Lt Col. Henry Watson-Powell, the men are wearing the "Saratoga hat", a cut down tricorn. They have red facings, one of only three regiments in the AWI to do so. ( The others were the 33rd and 59th).  They also have the cut-down coats frequently seen by British troops in the AWI that were field modifications to the Royal Clothing Warrant regulations of 1768. 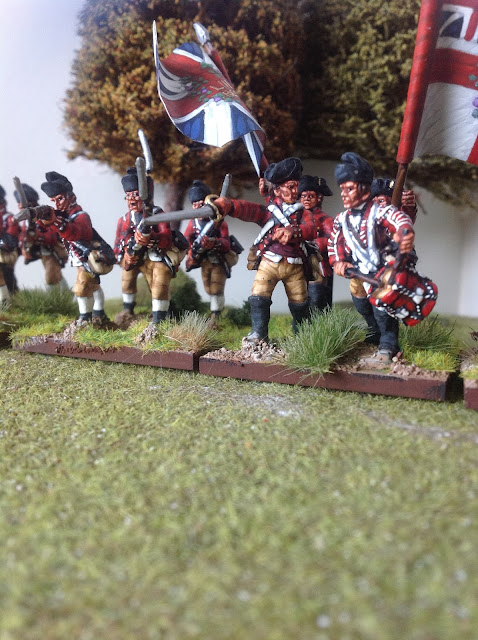 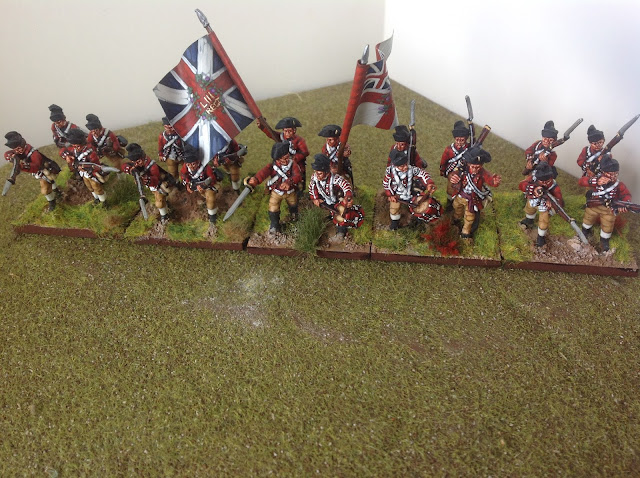 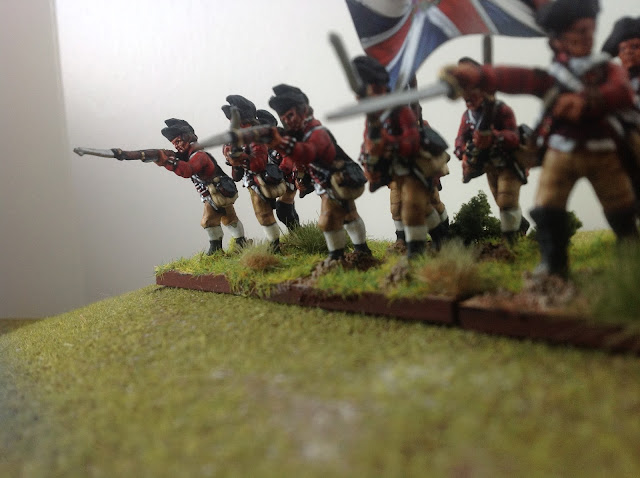 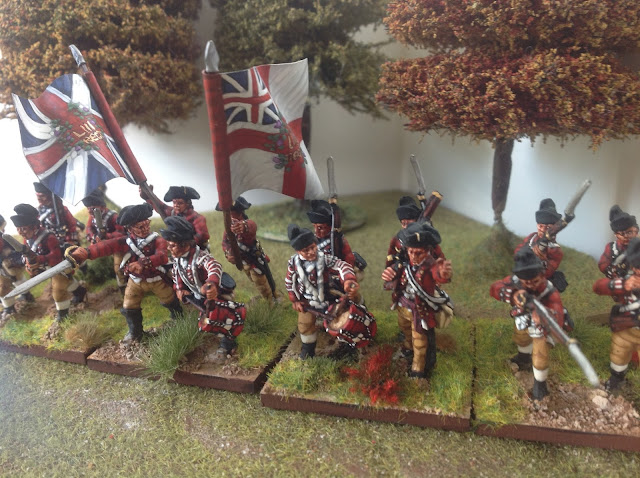 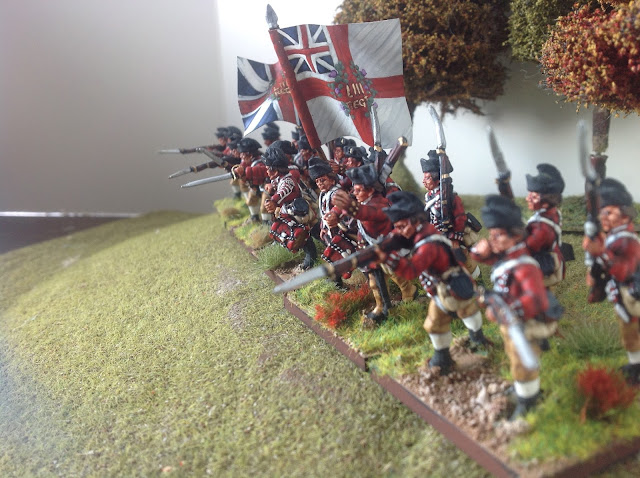 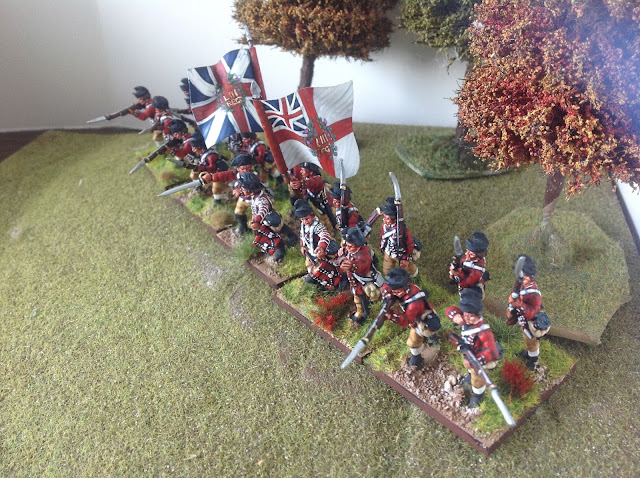 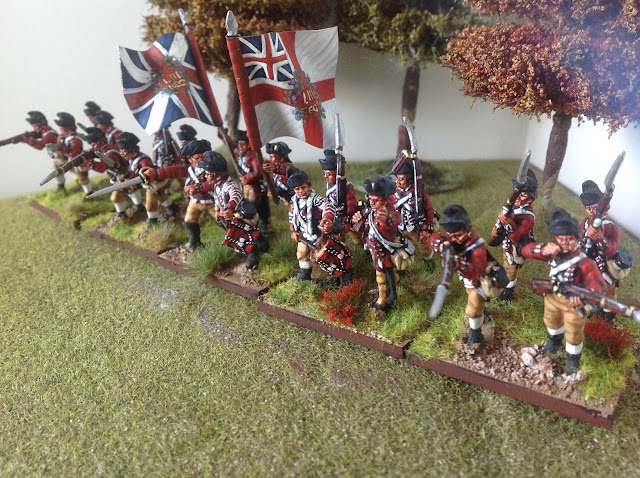