Nick has been amassing a large Prussian army, superbly painted and ready for action. As his Seven Years War Russian army is not yet ready we decided to give a dry run of the Honours of War rules , with his Prussians engaged in 'Kriegspiel'.

2 Brigades of infantry (4 battalions each) and Brigade of cavalry and a gun battery each made for a pleasant evening as Chris and I played Paul and Nick and Ross umpired and called out the rules!
Nick was happy as his troops were on the table, and no matter what- the Prussians would win! 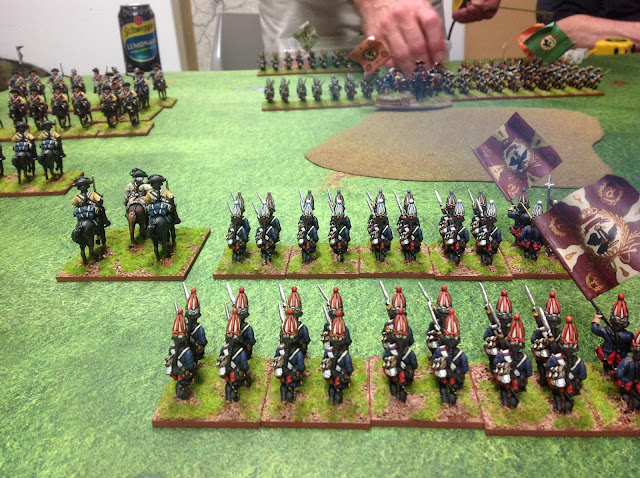 It took us a while to get the flavour of the rules- they're fast, very cut and dried and very bloody. Chris and I took honours for the day, but hey the Prussians won! 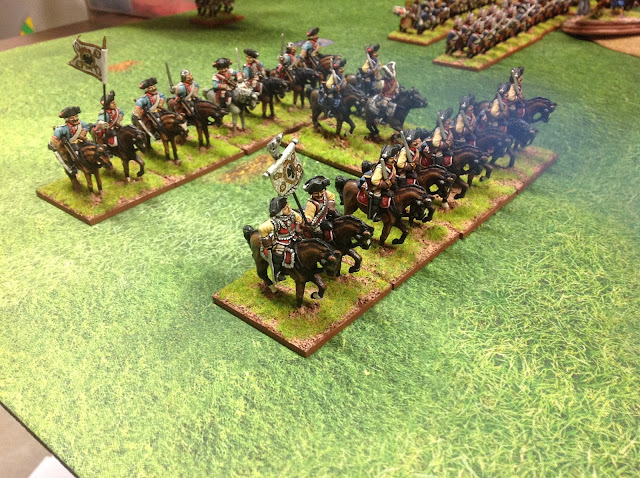 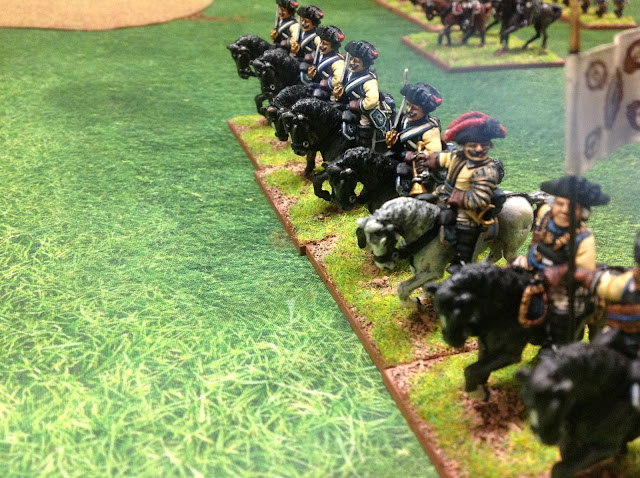 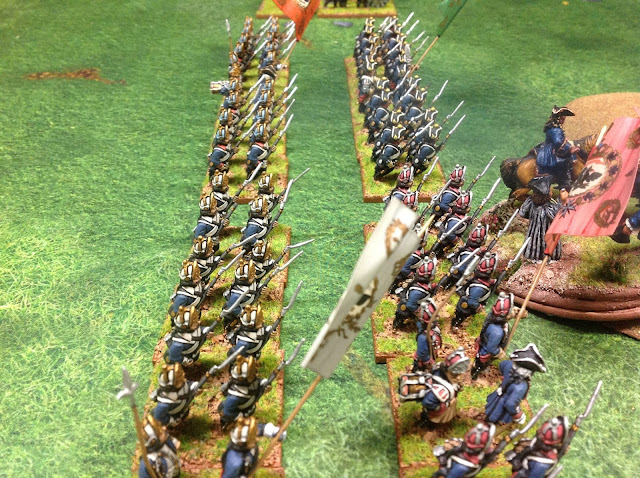 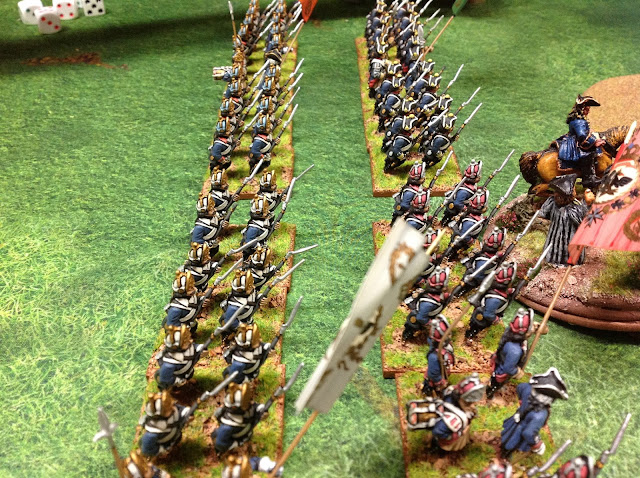 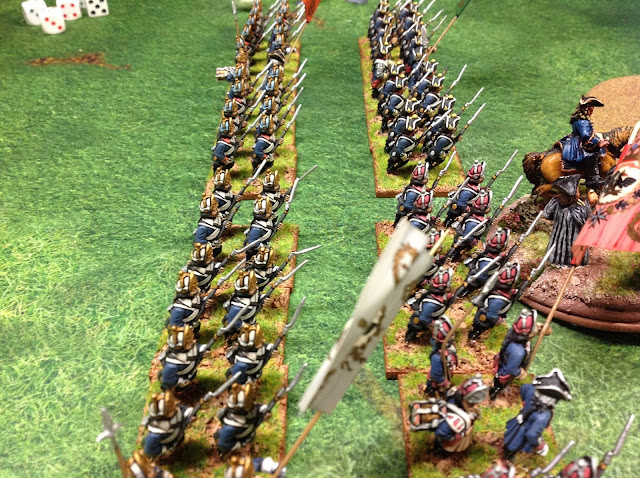 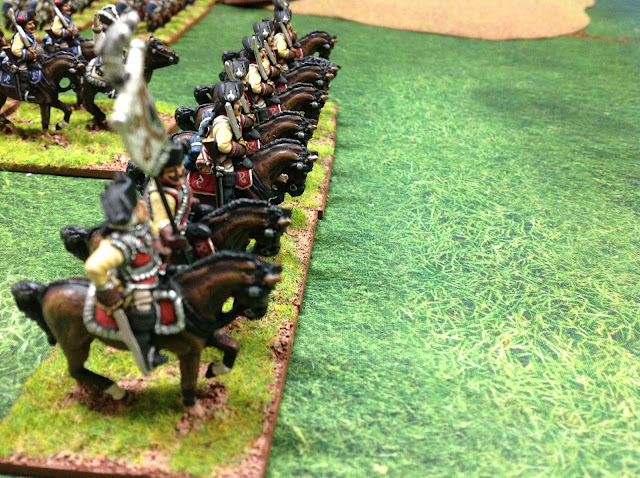 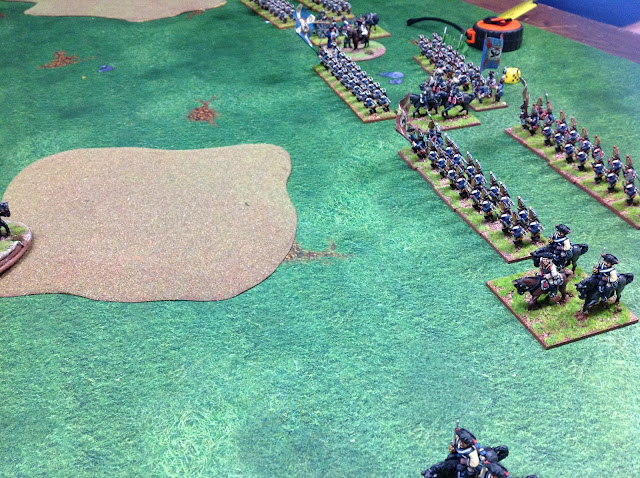 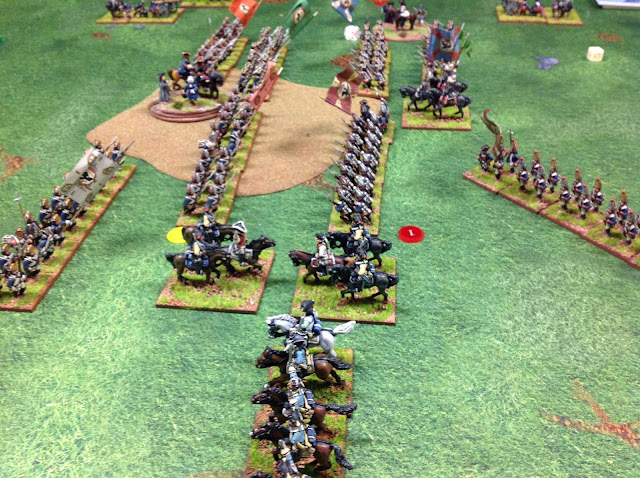