Holding the Roman left back- Lochlainn led the right out quickly as I did with the center. Our opponents moved just as fast- we had to avoid getting smashed on our left as that was where the bulk of the Seleucid cavalry was ( I had no cavalry there!). The battle had to be decided, from our perspective, either in the centre or our right.

The centre (legion vs phalanx) ended in a long bloody struggle- on our right Lochlainn managed to give Richard a very bloody nose- but the cost was so appalling that both sides found that they had little or nothing to fight with. The Legion and Phalanx slugged it out, both sides watching their lines become very depleted. As we reached the morale phase of turn 7- BOTH armies had lost over 50%- and as we don't take into consideration 'degrees of defeat'- we agreed it was bloody loss to both sides!
A very tense, action filled game- thoroughly enjoyed it! Thanks lads. 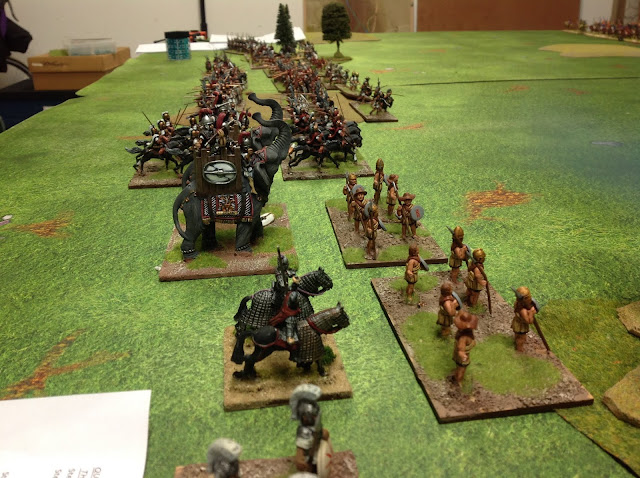 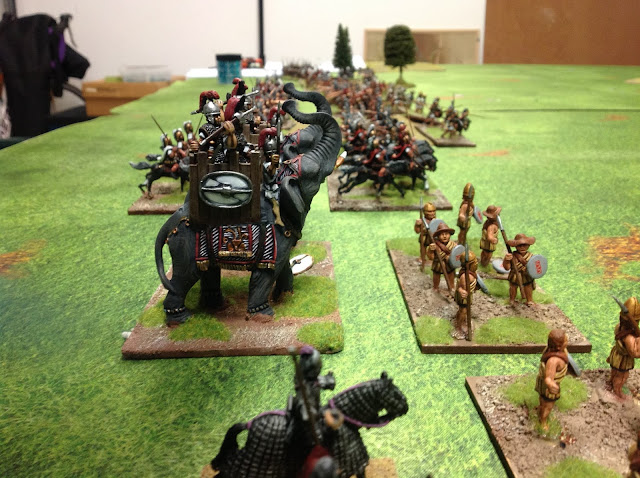 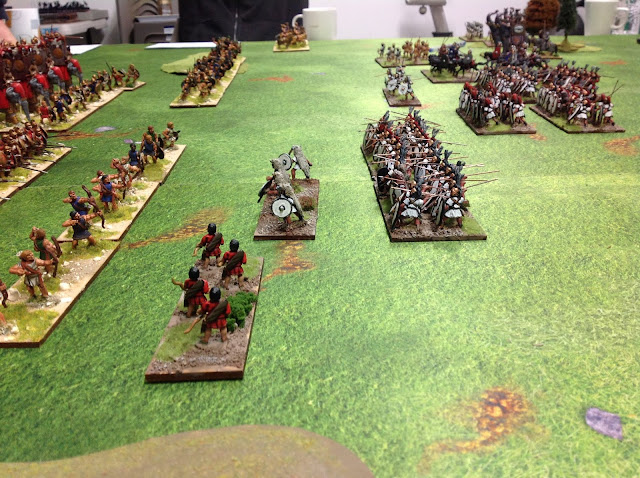 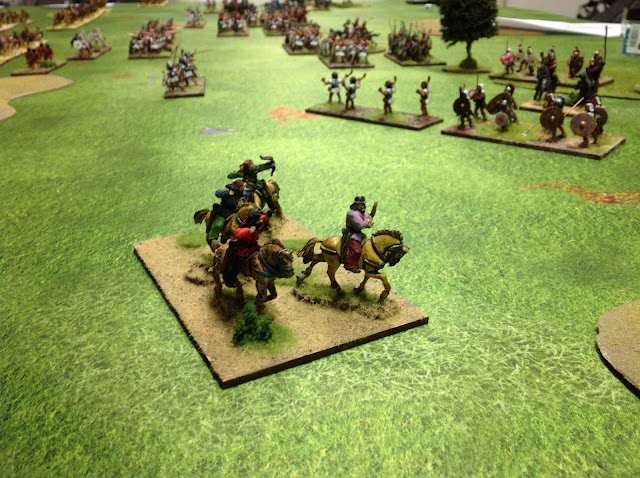 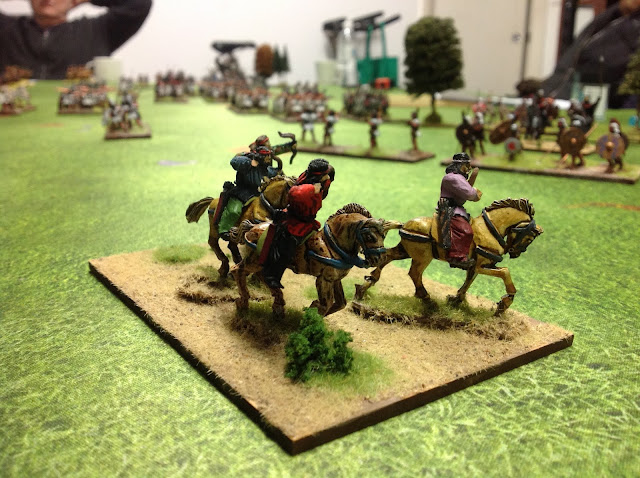 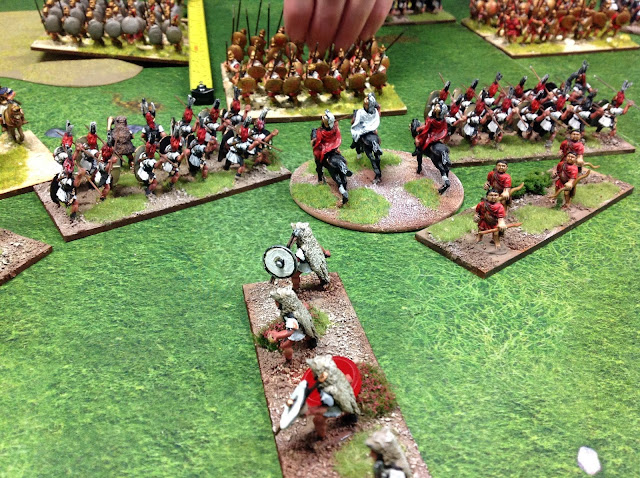